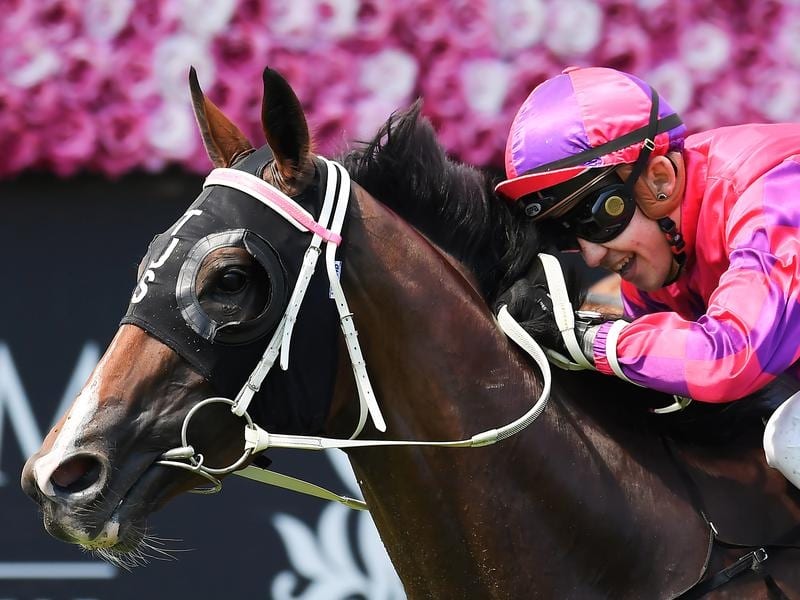 Exondabeach is on target for a $300,000 race at the Gold Coast after winning at Eagle Farm.

Exondabeach ($2.90) was slow to begin and got back near the tail of the field in the QTIS Three-Year-Old (1000m) at Eagle Farm.

But Exondabeach was able to weave through the field to beat Jagged Edge ($12) by a length.

The leader timed final 600 was in 33.8 seconds which meant Exondabeach ran close to 33 seconds for her final sectional.

Trainer Tony Sears, who trains in partnership with his daughter Maddy, was quick to declare the filly as potentially one of his best horses.

“I reckon she can win The Jewel even though it will only be her third start,” Sears said.

Sears said the filly would not need to run again before the The Jewel at the Gold Coast on March 14.

“She is only going to get better in the coming weeks. She has improved plenty since her only other start (a win at the Sunshine Coast),” Sears said.