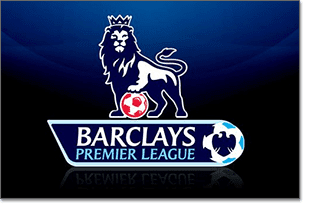 But City has kicked off the season a perfect five from five and is playing irresistible football that makes them look just about unbeatable.

They haven’t even had a goal scored against them in wins over West Bromwich Albion, Everton, Watford, champions Chelsea and most recently Crystal Palace.

That game was a tighter affair than City would have liked, just 1-0, thanks to a 90th minute match sealer from Kelechi Iheanacho.

WiliamHill.com.au’s Tim Ashworth said all the money had come for City.

“Manchester City are as close to morals as they come with WilliamHill.com.au this weekend. They’re $1.22 and we will probably see that trim a little too before kick off.” Ashworth said.

“In saying that, they’re evens at the moment with one client standing to win over $11,000 should the Hammers cause the upset at The Emirates.”

The Sky Blues have scored 11 goals already in the league and are expected to start Argentinean superstar striker Sergio Aguero, despite his battles with a knee injury.

He only played 17 minutes as a substitute against Juventus in the 2-1 Champions League loss midweek, but didn’t do any further damage to his troublesome knee.

The reigning golden boot winner bagged 32 goals in all competitions last season and while manager Manuel Pellegrini acknowledged he might have been better to miss the midweek game, they were chasing goals and he turned to the gun.

“It was a risk to use him,” Pellegrini said.

“I tried not to because if he got a kick in the same part it could take him more days to recover.

”Fortunately he did not have any problems and I hope he will be fit for Saturday.“

The defence that has been impenetrable so far this season may have to take a knock, with captain Vincent Kompany in doubt after pickling up a calf injury in the match against Juve.

The wing backs are also decimated, with Pablo Zabaleta, Fabian Delph and Gael Clichy all out with injury.

But, with City’s run late last season, they’re gunning for a record 12 wins in a row in the league.

The Hammers have been fantastic this season, kicking it off with a 2-0 win over a less than mighty Arsenal away from home, before two close loses were book ended by a two game winning streak.

The first of those was against Liverpool – a 3-0 walloping at Anfield.

And then West Ham rolled Newcastle, 2-0, at home, thanks to a pair of goals from French star Dimitri Payet.

Payet opened the Hammers’ account in the ninth minute with a stunning strike that has featured on every Premier League highlights reel for the past week.

He then doubled the advantage early in the second half, cleaning up after new signing Victor Moses struck the cross bar.

“Three points at home are vital because you want yours fans to go home happy, to go to the pub and have a drink,” manager Slaven Bilic said with a smile after the win.

They have been great and they will have plenty of confidence, but the Hammers have not won at Manchester City in the league in 12 years.

Bilic acknowledges it would be a massive boil over if his rejuvenated side could get past the title fancies.

”It would be a surprise if West Ham won, of course, because Manchester City have scored 11 goals in the league and have not conceded,” Bilic said.

“They are cruising in the early stages and already have a gap, which is hard to get after five games.

”It wouldn’t be a shock as we already have two out of two away wins.

“We know what we need to do to have a chance.

“They are the favourites, of course, but I am expecting us to have a good game and if that is the case we will have chances.”

And that attacking line up, featuring Payet, with the talented Diafra Sakho up front, joined by Mark Noble and Moses should cause the City defenders plenty of head aches.

The Hammers are missing Angelo Ogbonna with a hamstring problem, defensive midfield machine Alex Song has an ankle injury and gun attacker Enner Valencia is still out with a knee injury.

Mauro Zarate has recovered from a hamstring injury and will be in the squad.

One bloke who was running around the last time West Ham beat City at City was hard nosed defender James Collins, who was part of the side that won 2-0 in the 2006 FA Cup quarter final.

“It has been a notoriously hard place to go and it has got even harder over the years,” he said.

“But the lads have played really well away from home and obviously played well against Newcastle so we are confident we can go there and get a result.

“Everyone is talking about Dimitri Payet and I have seen it from the first couple of days he came into the club.

“We are reaping the rewards of a great player.

“If he can keep playing like he is then he is going to be a massive player for West Ham.

“We have already won at Arsenal and Liverpool so why can’t we get something from the Manchester City game?

“No one expected us to win either of those games, especially the first one as everyone was talking about how Arsenal are going to win the league.

“City are a fantastic team and have a few injury doubts which could help us but we have got a strong squad and I’m sure we can go there and give a good account of ourselves.

“It is a great time time to be involved with West Ham.”

Look, if it was at the Boleyn Ground, we’d give the Hammers had a chance. But let’s be realistic. They are playing a team that looks hell bent on winning the title and really has had no peer through the first five matches of the season. They defend as well as any side has in years and, despite the fact Kompany might miss, they have plenty of coverage down back. And then there is that potent forward line firing in the goals for fun. For all the Hammers’ good form, playing Manchester City is next level stuff. The over 2.5 is $1.36 for a reason – both these teams are potent and we expect City to eclipse the three goal mark by themselves. We reckon the Hammers can cause the first blot on City’s season, but they’re not good enough to get the job done away from home. We’re tipping a 3-1 win for the Sky Blues.

Has battled a knee injury, but if he starts, you can expect he will be ready and raring to go. Arguably one of the best strikers in the world, Aguero is a goal scoring machine who fired in 26 goals in the Premier League last season to win the golden boot award. He scored those goals in just 32 starts for the team. On his day, he can rip a team apart and he will be the man that worries the West Ham defenders more than any other. the $3.50 is brutally skinny and doesn’t please us, but we simply cant leave him out of our predictions – it just would not be smart. Back him in and watch him go to town on the West Ham defence, then thank us later on.

A Kolarov ($21 with sportsbet.com.au)

Sterling, Silva, De Bruyne, yes, we know this side is absolutely packed with attacking stars, but, considering we’ve gone with the very short odds on Aguero, we thought we’d go sniffing around and try and find you a bit more bang for your buck on our other tip. Kolarov is a killer in front of goal. He doesn’t do it often, but when he gets forward and gets his chance, watch him fire it in. Loves a long range hit and is capable of finishing. If he gets a chance, his odds are very juicy.

If Payet is not the signing of the summer, we don’t know who is. What a jet. He’s almost single handedly transformed this team. He is supremely skilled, as creative as they come and a boss on the ball in midfield. The French man is coming off a brace against Newcastle and if he hasn’t been scoring them, he’s been setting them up for the Hammers. West Ham is on a hiding to nothing here, but if they do manage to become the first team to score a goal against Manchester City this season, you can expect him to be involved.

The new signing brings with him attacking credentials from the big clubs and almost got himself on the board on the weekend against Newcastle. On loan from Chelsea, Moses has struggled to pin down a spot in that club’s starting 11, but should be a fixture for the Hammers. Impressed against Newcastle and will want to continue to make a name for himself against Chelsea. You could do worse than the $21 on offer. Worth a tiny drink.