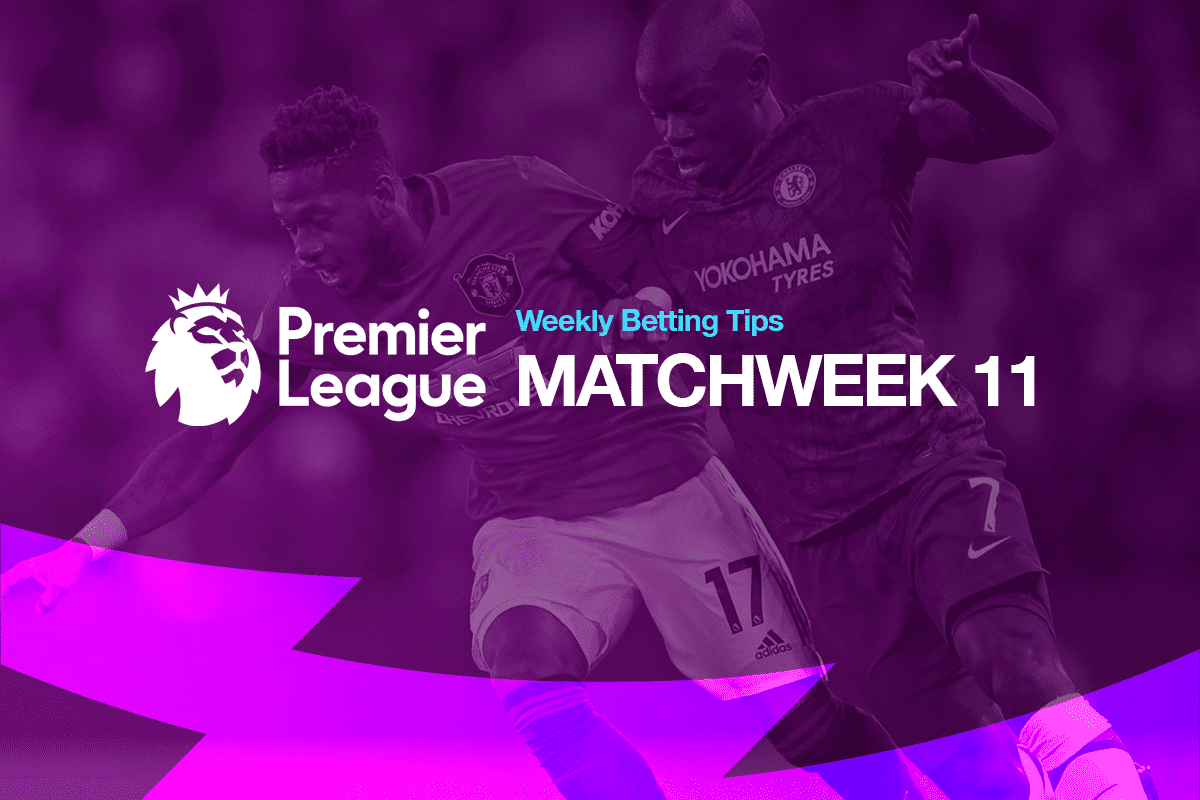 Manchester United hosts Manchester City in the latest instalment of the English Premier League’s biggest derbies this Saturday at Old Trafford. We’ve got a play in that one as well as some picks for Chelsea vs Burnley and West Ham United vs Liverpool in this Matchweek 11’s EPL betting tips.

Manchester City (6-2-2) may have been caught looking ahead to this rivalry matchup last week in an uncharacteristically poor performance, losing 2-0 at home to Crystal Palace. Manchester United (5-2-3) meanwhile enters this match with some momentum after snapping a two-match losing streak with a 3-0 victory over Tottenham. United’s beleaguered defense held Tottenham without a shot on target in the win.

City is averaging two goals per game this season, a decline from last year’s 2.18 goals per game and a sharp fall from the 2.68 goals the club averaged in 2019-20. But facing a Manchester United defense that got torched for nine goals in its previous two league matches before last Saturday, City should be able to produce enough offense to come away with a road win in this one.

Chelsea (8-1-1) extended its lead at the top of the EPL table last week with a 3-0 win over Norwich City while second-placed Liverpool settled for a draw and third-placed Manchester City lost outright. Chelsea has now won four straight matches and has outscored its opponents 14-1 over that stretch. The club’s goal differential on the season now sits at +23 with 26 goals scored and only three conceded.

Burnley (1-4-5) picked up its first win of the season last Saturday in a 3-1 victory at home over Brentford. The club has gone a respectable 1-3-1 over its last five matches since going 0-1-4 over its previous five. But while Burnley’s recent play has been solid, Chelsea is one of England’s elite clubs and is currently in top form. Each of Chelsea’s last for games against Burnley have resulted in wins by two or more goals; expect that trend to continue and lay the points on the home team.

Two of the top four teams on the EPL table clash in this match as second-place Liverpool (6-4-0) visits fourth-place West Ham United (6-2-2). Liverpool is undefeated this season but has settled for draws in three of its last five matches. West Ham, meanwhile, enters this match on a three-game league win streak.

West Ham is at its best when it can keep its opponent’s offense in check and control the tempo of the match. The problem with this Sunday’s matchup is that Liverpool’s offense is just too powerful, averaging 2.9 goals per game fueled by the killer duo of Mohamed Salah (10 goals) and Sadio Mane (six goals). Liverpool will likely break through in this match for at least two goals, and West Ham will have trouble matching that.