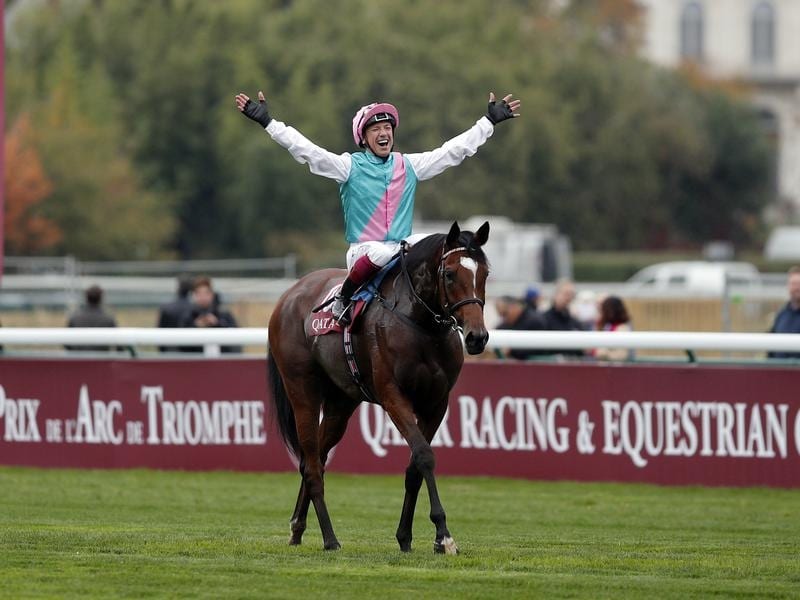 Enable will run in the Yorkshire Oaks as she continues towards a third Prix de l’Arc de Triomphe.

Star mare Enable is to run in the Yorkshire Oaks at York rather than the Juddmonte International.

Trainer John Gosden intimated after her second win in the King George VI And Queen Elizabeth Stakes at Ascot she could miss this month’s York meeting altogether but she is now set to appear.

Enable had the 10-furlong (2000m) International, sponsored by her owner, Prince Khalid Abdullah, as an option, but connections have decided to keep her at a mile-and-a-half (2400m).

Given her season is based around winning an unprecedented third Prix de l’Arc de Triomphe, the thinking is she will be better off staying at 12 furlongs in a race she won in 2017.

Enable started her season over 2000m in the Coral-Eclipse at Sandown, before her victory over Crystal Ocean in what was an epic running of the King George.

“We know she is effective over a mile and quarter, but John didn’t want to bring her back (in trip) again, so we thought the Yorkshire Oaks would be a more suitable race bearing in mind her main objective,” Teddy Grimthorpe, the owner’s racing manager, said.