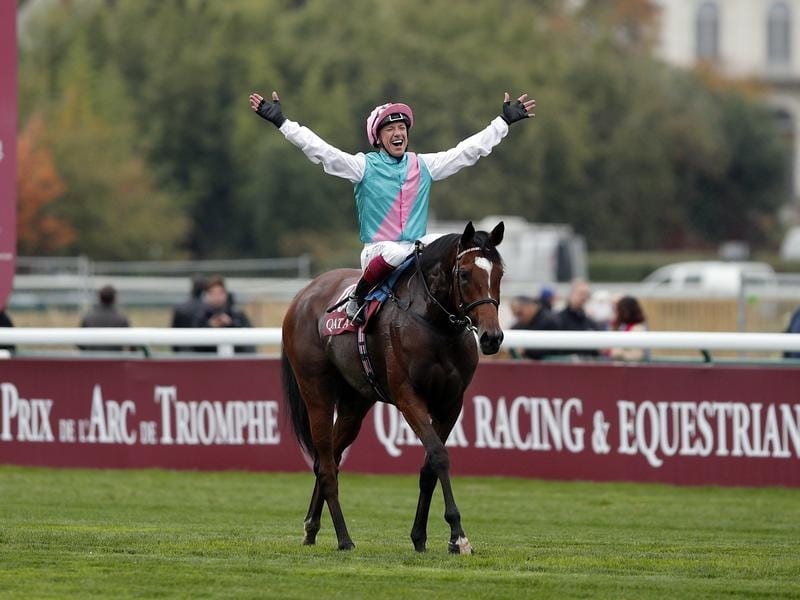 Dual Arc winner Enable will miss the Coronation Cup and return at the Royal Ascot meeting.

Enable will make her much-anticipated return at the Royal meeting at Ascot after being taken out of the entries for the Coronation Cup at Epsom.

Despite enduring a troubled preparation last year, the John Gosden-trained mare successfully defended her crown in an epic edition of the the Prix de l’Arc de Triomphe in October to become the eighth dual winner of Europe’s premier middle-distance prize.

The following month she won Breeders’ Cup in America and owner/breeder Khalid Abdullah confirmed she would stay in training as a five-year-old with the aim to become the first horse to win a third Arc.

The Coronation Cup at Epsom, where she claimed the first of her seven Group One victories to date in the 2017 Oaks, has long been mooted as a potential comeback target.

But she was taken out of the May 31 race at the latest acceptance stage and Teddy Grimthorpe, Abdullah’s racing manager, said she would either run in the Prince of Wales’s Stakes or the Hardwicke Stakes at next month’s Royal meeting.

“It’s always been an either/or. John is pleased with her and she has been doing nice bits (of work), nothing serious, but strong canters. She’s in great nick and is enthusiastic,” Grimthorpe said.

“We’ve always said the Arc is the main target. These races are very important, so it’s a question of picking the right one and getting the right route back to Longchamp.

“She could go for either the Prince of Wales’s or the Hardwicke and I think the ground could possibly dictate. They are two very nice options to have.”