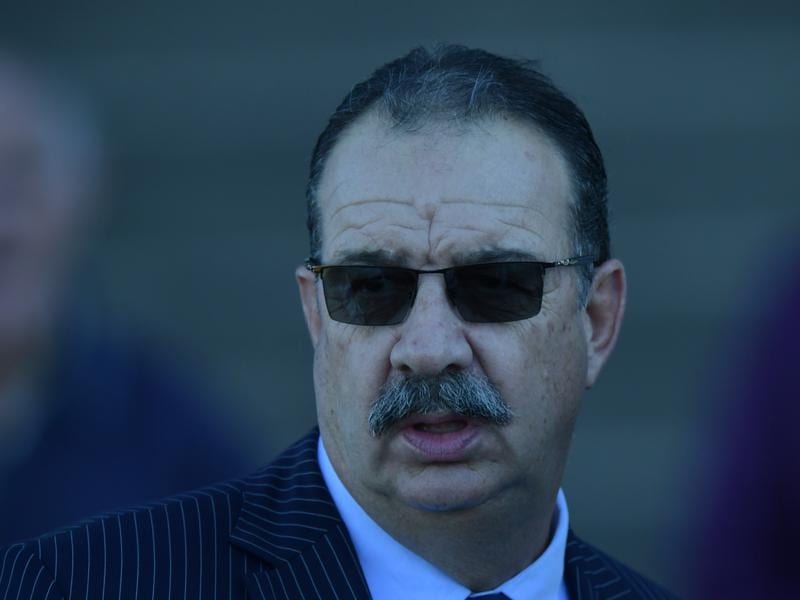 Sydney trainer John Sargent will run Emeralds in the Group One Thousand Guineas at Caulfield.

Sydney-based New Zealander John Sargent is no stranger to winning feature races with three-year-old fillies and the trainer will try to add a first Thousand Guineas with Emeralds in the $1 million race at Caulfield.

Emeralds will be ridden by Ben Melham in Saturday’s Thousand Guineas (1600m) after the filly’s connections opted to wait for the Melbourne race rather than run her in Saturday’s Group One Flight Stakes (1600m) in Sydney, won by Funstar.

Emeralds hit the line strongly for third behind Yao Dash and Funstar over 1300m at Randwick last month before running on from last for fourth to Funstar in the Tea Rose Stakes (1400m) at the same track two weeks later.

“She is going great and I just wanted to give her that extra week after her run last start,” Sargent said.

“She got sandwiched between two runners at the start and got back to last against the good fillies in that race but she came home very well.”

Sargent also believes Emeralds will be suited to the anti-clockwise direction of racing in Melbourne.

“I think she tends to hang a shade going the Sydney way and I think she is working very well going the other way around,” he said.

Sargent’s Group One wins with three-year-old fillies in Australia have been the 2015 Australian Oaks at Randwick with Gust Of Wind, the 2013 VRC Oaks with Kirramosa and 2012 Queensland Oaks with Quintessential.

He rates Emeralds a promising staying filly but is confident she is sharp enough to make her presence felt over the Guineas distance.

“If she can get a nice draw she will put herself in the first half a dozen and she will hit the line strongly,” Sargent said.

“She has got tactical speed and is not just a an out-and-out staying type of filly.”

Acceptances for the Thousand Guineas are taken on Tuesday morning with the barrier draw to follow.

Godolphin’s Flit was the $2.30 favourite on Monday with Emeralds at $11.

Sargent said the Wakeful Stakes (2000m) at Flemington was an option for Emeralds after Saturday while the trainer is also looking to send fellow three-year filly Aspect Ratio to Melbourne after she broke her maiden at Warwick Farm over 1600m on Monday.

Aspect Ratio could head to the Ethereal Stakes (2000m) or Wakeful but Sargent doubts whether he will press on to the VRC Oaks over 2500m with the pair.