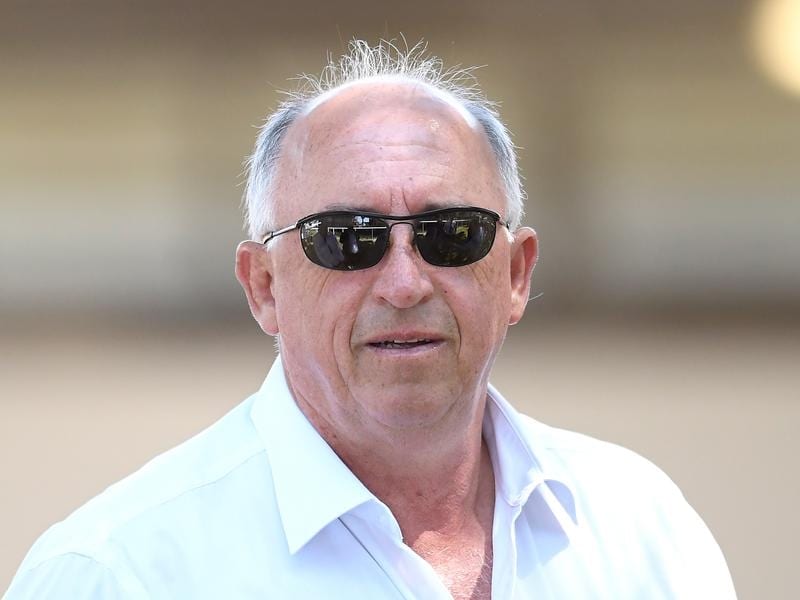 Trainer Robert Heathcote is quick to deflect credit for the turnaround in attitude of reformed bad boy Emerald Kingdom.

In an off-season usually devoid of potential stars, Emerald Kingdom put his hand up with one of the easiest wins seen at Doomben this season three weeks ago.

The most impressive thing was the new attitude of the gelding who has now won four races in a row.

At his previous two wins Emerald Kingdom had been a “cot case” in the lead-up to his races and took several people to saddle him.

The fact that he had virtually run his race before he got to the gates and still won emphasised his undoubted ability.

At Doomben he was a different horse before the race, calmly going onto the track before winning by 3-1/4 lengths when eased down on the line.

Heathcote was quick to explain why Emerald Kingdom had such a quick turnaround in temperament.

“My staff work on him daily and they even took him to Doomben for a day out the previous week to his last win,” Heathcote said.

“It meant he got to enjoy a day at the races and saw it could be fun.

He believes Emerald Kingdom will get further later his year and the winter carnival looms.

“He reminds me of another of my horses Deep Image who has matured into a stakes horse. They are both big, hard going horses who needed racing,” he said.

Heathcote has a good chance to bookend the Eagle Farm meeting with Bellissimi Amici in the first race and Emerald Kingdom in the last.

Bellissimi Amici is one of the favourites for the QTIS Two-Year-Old Handicap (1300m) on the basis of her last-start fast-finishing third over 1200m.