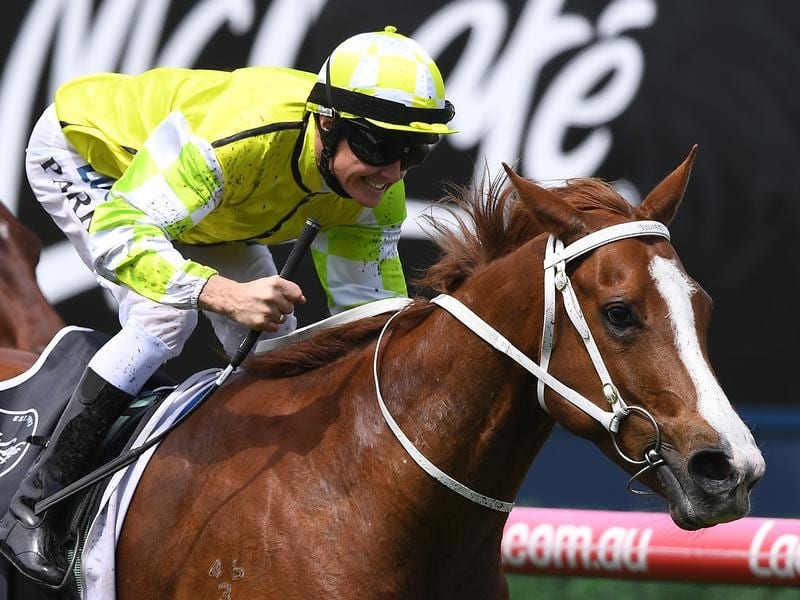 Talented sprinter Eduardo will return to racing in the Listed Bel Esprit Stakes at Caulfield.

Cranbourne trainer Sarah Zschoke has been looking forward to the day lightly raced sprinter Eduardo returns to the race track.

That day is Saturday in the Listed Bel Esprit Stakes (1100m) at Caulfield, a race the sprinter finished third in 12 months ago.

Niggling ailments that neither Zschoke or rider Brian Park could put their finger on, resulted in an aborted spring campaign after running third in the McEwen Stakes and seventh in the Group One Moir Stakes, both over 1000m at The Valley.

“We gave him a spell and brought him back and the same issue reappeared under pressure,” Zschoke said.

“We did what we could to keep him as sound as we could and he ran enormous considering.

“We had him X-rayed a couple of times in front and nothing showed up, so we opted to go to Ballarat for a bone scan that showed up a few soundness issues.

“We ended up giving him four-and-a-half months off.

“He’s trialled up really nicely a fortnight ago on a heavy track and he’s galloped well in between, so we’re looking forward to Saturday’s race.”

Where Eduardo heads after Saturday will depend on his performance although Zschoke is reluctant to look interstate, especially with the restrictions on stable staff.

She said Eduardo can stress if out of his normal routine.

“Our biggest concern is he only knows me and Brian and he’s not used to a big stable,” Zschoke said.

“So we want to make sure we get through Saturday, get a couple of runs into him and then give him a break and look at the spring.

“The draw isn’t the best but I’m sure Brian will do his form and makes sure he gets him into the best position to run his race.

“He goes well at Caulfield and he does go well on a wet track, so if there’s any give, it’s a bonus.”