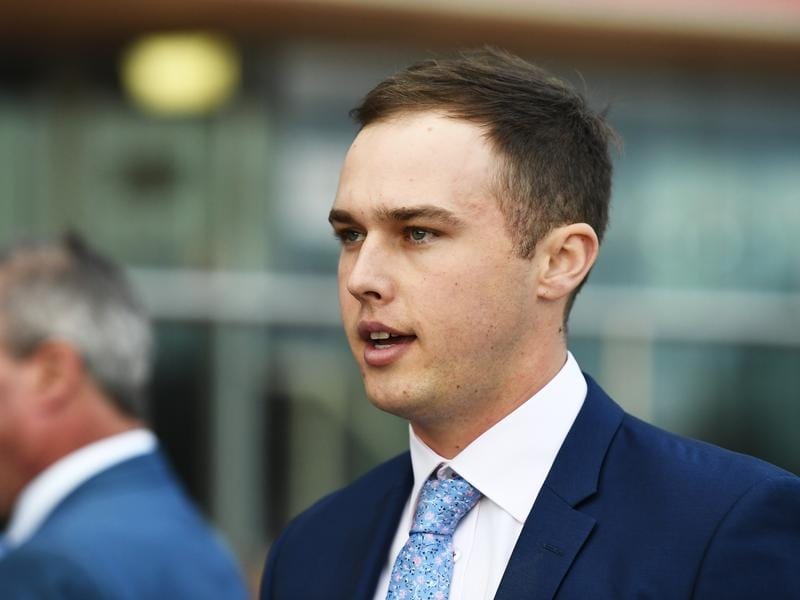 Trent Edmonds’ new Queensland training partnership with his father Toby is off to a flying start.

The new Toby and Trent Edmonds training partnership got its first metropolitan-standard win when promising Battle Strike overcame difficulties to win at Ipswich.

Battle Strike was backed into $2.35 favourite after three good trials and overcame the outside barrier to win.

Gold Coast based Toby Edmonds started his partnership with son Trent last Thursday and Battle Strike was their fourth overall winner in their first week.

“I know he drew badly today but we couldn’t wait any longer and he needed to run,” Toby Edmonds said.

“He was caught deep early but got in behind the pace and was too strong.

“I really like this horse and I think he can go a fair way.”

Battle Strike has been entered for the Group One Golden Rose in Sydney and Group One Caulfield Guineas in Melbourne in the spring.

However, Edmonds paid $100,000 at the Magic Millions Yearling Sales for Battle Strike and he has the Millions carnival in January in the back of his mind for the colt.

Battle Strike is a half-brother by Shooting to Win to handy sprinter Guard Of Honour.

His younger half-brother by Written Tycoon was sold for $900,000 at the Inglis Easter Sales this year.

Giant gelding Zymatic looks to have finally grown into his body judging by his runaway win in a maiden.

Zymatic is at least 18 hands but it has never been officially confirmed because trainer Len Wheeler can’t fit him into the measuring scales.

The gelding was unplaced in his first four runs including lasts at his three previous starts.

“But a spell did him the world of good and he has improved out of sight,” Wheeler.

“He won a trial at the Gold Coast by five lengths and it could have been ten, so we were reasonably confident today.”

Trainer Tony Gollan believes he has another top-class horse by his former Group One winner Spirit of Boom, in Baby Boomer ($2.30) who won a QTIS Maiden.

Gollan said he had been tempted to run Baby Boomer at Doomben on Saturday but had elected to go to Ipswich.

“We have a good opinion of him and he confirmed that by coming from second last,” he said.

Baby Boomer, who cost $140,000 as a yearling, will have his next start in a Saturday-class three-year-old race.