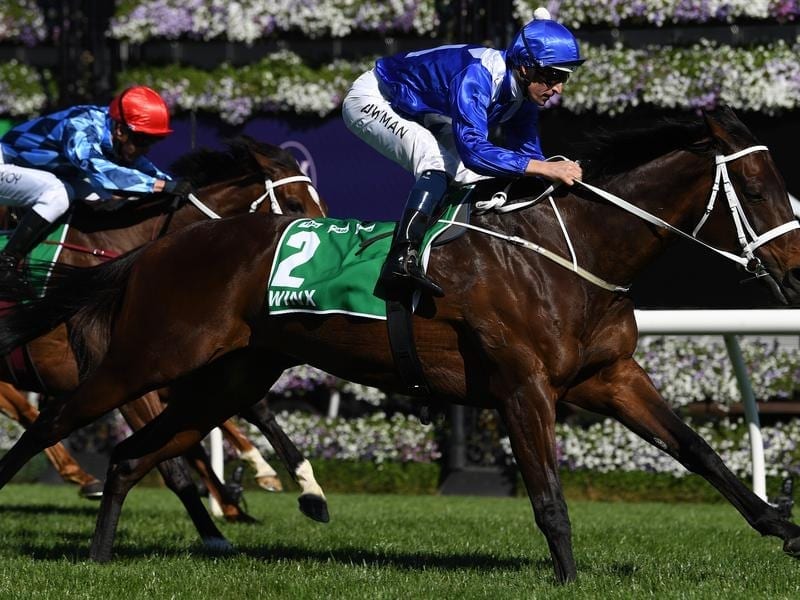 Winx is having an easy week following her Turnbull Stakes victory ahead of the Cox Plate.

Champion Winx has returned to trackwork after a few days of salt water therapy following her Turnbull Stakes win at Flemington.

Winx will now undergo a steady build-up towards her bid for an unprecedented fourth Cox Plate win at Moonee Valley on October 27.

Trainer Chris Waller said the champion, who recorded her 28th straight victory and 21st at Group One level on Saturday, had recovered well from the win.

He said the way the Flemington track was presented for racing on Saturday had aided all three of his runners in their recovery.

“That’s a big plus for every horse, especially Winx,” Waller said.

“I think she’ll take improvement from the run. It was the perfect type of gallop.

“She went back, she settled and finished off strongly and it’ll tidy her up nicely for three weeks time.”

Winx spent Sunday and Monday mornings at Altona beach wading in the salt water with Waller saying he was trying to replicate the process he follows after his horses race in Sydney.

“We’ve got an aqua-walker back in Sydney and they go on it on Saturday night, Sunday and Monday after they race, so we’re assimilating that down here,” he said.

“Today was her first morning back on the track but it will be a very easy week for her.

“We’ll do a bit more with her next week and then in the last week keep her nice and sharp.”