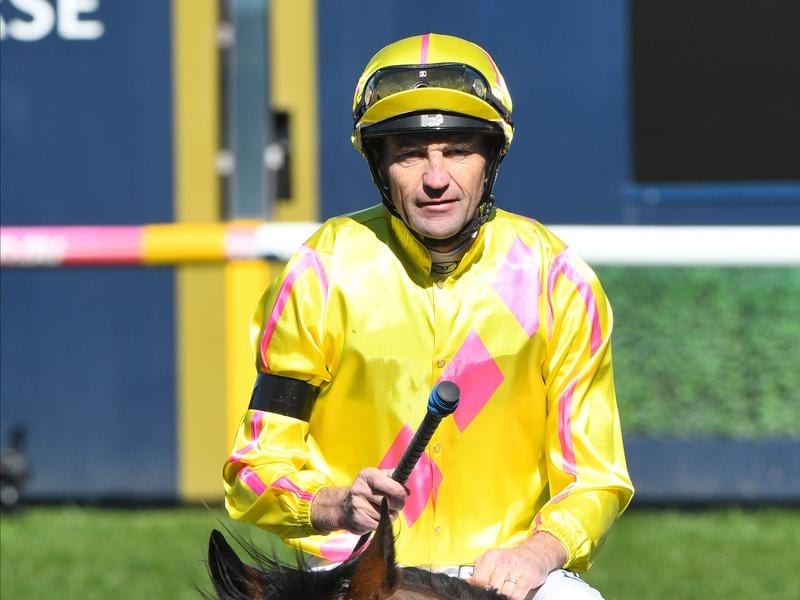 Dwayne Dunn has paid tribute to Mikaela Claridge who died in a trackwork accident at Cranbourne.

After winning a race on Memsie Stakes day at Caulfield, one of Melbourne’s leading jockeys, Dwayne Dunn, has paid his respects to fallen rider Mikaela Claridge.

An apprentice jockey, 22-year-old Claridge died from injuries sustained in a trackwork accident at Cranbourne on Friday morning.

Dunn rode Dawn Dawn to win the second race at Caulfield on Saturday in which riders wore black armbands as a show of respect to Claridge, and Dunn said the apprentice’s death had hit the industry hard.

“I didn’t have much to do with Mikaela but she was a young girl who had so much opportunity ahead of her,” Dunn said.

“She had an infectious smile and I think the industry are really lost for words for what has happened.

“Condolences to Mikaela’s family and her friends, and the racing industry in general because it’s pretty tough.

“It’s hard to go to work and never come home.

“It probably makes us realise how dangerous this sport can be and you’ve just got to lap up every moment you can when you’re successful and the things when they go bad probably aren’t as bad as you think.”

“It was obviously a tragic incident yesterday,” Clark said.

“I don’t think many of us guys here knew her, but it is still very sad and our condolences go out to her family.

In Brisbane, jockeys also wore black armbands in the second race out of respect for Mikaela Claridge who was killed in a track work fall at Cranbourne.

Senior ride Michael Cahill said when any rider was killed or injured all jockeys felt it.

“To lose someone who had so much ahead of her was so sad,” he said.