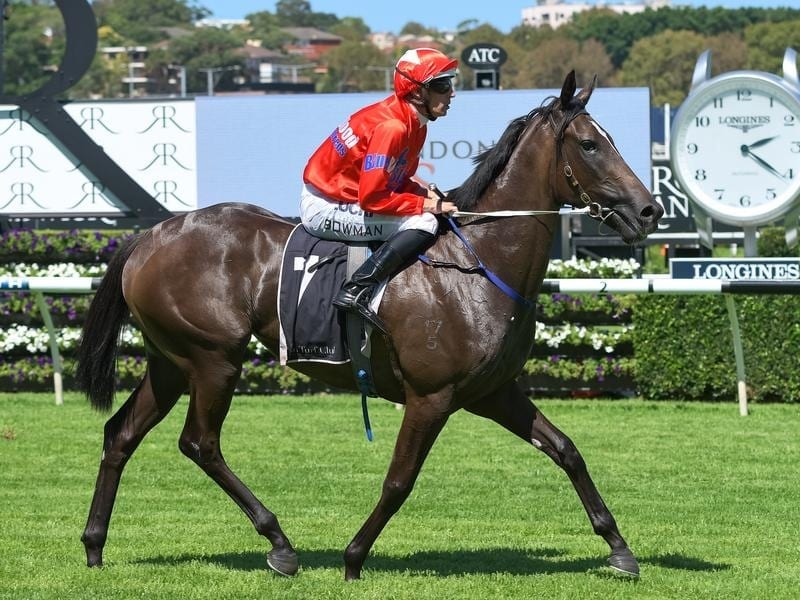 Seabrook will have a new jockey as well as blinkers when she runs in the Group One Thousand Guineas.

Dwayne Dunn has an enviable list of big-race wins at Caulfield to his name and the jockey is striving to add to it on one of Victorian racing’s feature spring days.

Dunn’s 12 Group One wins at the venue include a Caulfield Cup, four Blue Diamonds and two Caulfield Guineas.

He has also won a Thousand Guineas in 2015 on Stay With Me and is hoping he can add another in Saturday’s edition of the $500,000 1600m race for fillies when he partners Seabrook in a race for the first time.

Along with having a new jockey aboard, Seabrook will have blinkers on in a race for the first time in the Thousand Guineas when she bids to bounce back to her best after failing in the Group One Golden Rose in Sydney last start.

With Damien Oliver riding Vega Magic in Sydney in Saturday’s The Everest, Dunn got the call-up to ride Seabrook who is a Group One winner over the Thousand Guineas distance as a two-year-old in the Champagne Stakes at Randwick.

Dunn got the chance to jump aboard Seabrook on Tuesday morning in trackwork at Caulfield when the filly wore blinkers and worked in company with her Caulfield Guineas-bound stablemate Tavisan.

“She worked well and she seems to be in good order,” Dunn said.

“The only chink in her armour is her last start in Sydney and she pulled up with the thumps. So if you take that out of the equation the rest of her form is really good.

“I don’t know her well enough to say whether her work (on Tuesday) was good work or not for her but without knowing her, her work was good enough to be going into that race and being competitive, that’s for sure.”

Dunn believes the blinkers will also be a benefit for Seabrook who is set to jump from barrier nine in the field of 15.

Unbeaten Smart Melody was the $2.70 favourite on Wednesday ahead of El Dorado Dreaming and Thrillster at $7 while Seabrook was at $23.

Dunn also has rides in two of the three other Group One races on Saturday’s program with Outrageous in the Caulfield Guineas and in-form mare I Am A Star in the Toorak Handicap.

Dunn claimed the Caulfield Guineas-Toorak double in 2016 on Divine Prophet and He’s Our Rokkii, his most recent wins at Group One level.