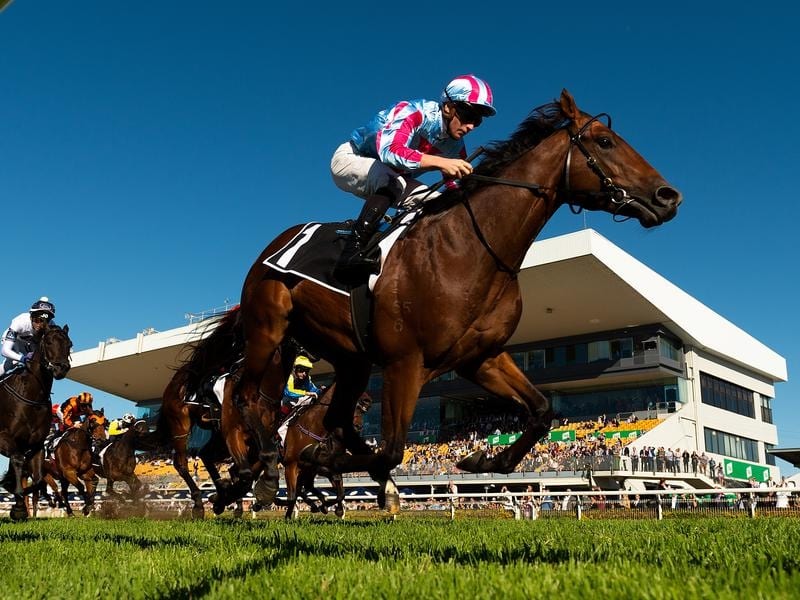 Talened colt Dubious will be out to bounce back from an unplaced start when he runs at Caulfield.

Dubious is likely to have blinkers re-applied for the Group Three McNeil Stakes at Caulfield as trainer Ciaron Maher looks for the colt to bounce back from an unplaced first-up run on a soft track.

Maher, who trains in partnership with David Eustace, was hoping Dubious would have been able to handle the soft (5) track rating in the Vain but believes the surface played against the dual stakes winner.

Dubious has also been nominated for the San Domenico Stakes in Sydney but is expected to remain in Melbourne for Saturday’s McNeil, with Maher hopeful the colt gets a good-rated surface to show his best.

“You could see in the straight he just wasn’t happy with that give in the track,” Maher said.

“So hopefully he gets a better surface.

“He worked this morning and his work was really sharp.

“I might look at putting blinkers on him also.”

Dubious had the blinkers on in his course proper gallop on Tuesday morning at Caulfield, where he finished in front of stablemate Cliff’s Edge.

The colt has worn blinkers in one of his eight starts when unplaced in the Golden Slipper in March on a heavy track.