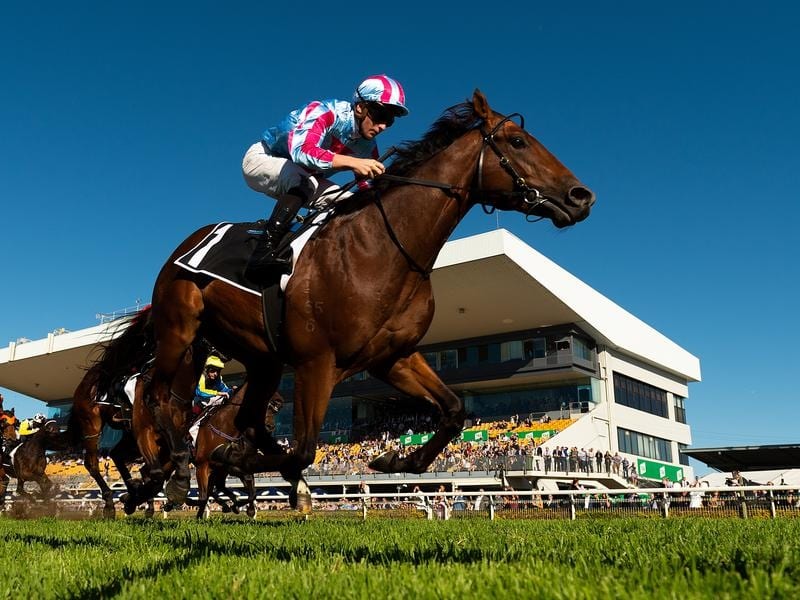 Dubious can stamp his spring credentials when he runs in the Blue Sapphire Stakes at Caulfield.

The Coolmore Stud Stakes at Flemington is the main spring aim for three-year-old colt Dubious who will be out to show he is on target for the Group One sprint when he runs in the Blue Sapphire Stakes.

Dubious was a dual stakes winner during his juvenile season and was runner-up in the $2 million Magic Millions Classic in January to Godolphin-owned filly Exhilarates who is among his Blue Sapphire rivals.

After a fourth placing in the Vain Stakes in his season return in August, Dubious bounced back with a close second to Dalasan in the Group Two Danehill Stakes (1200m) last month at Flemington.

Trainers Ciaron Maher and David Eustace have pinpointed the Blue Sapphire as the right lead-up to the Coolmore (1200m) on November 2.

“He has trained really well since the Danehill,” Eustace said.

“There’s three or four genuinely good horses in him, Brooklyn Hustle and Exhilarates and they are probably all looking to head towards the Coolmore.

“But we couldn’t be happier with him.”

Eustace said Dubious had excuses for his Vain Stakes performance in which subsequent Group One Golden Rose winner Bivouac beat him by just over six lengths.

“He pulled up with a foot abscess after the race,” Eustace said.

“And then second-up you couldn’t knock him.

“He bounced back from missing a bit of work. He led them up and was only beaten by Dalasan who is a very good horse.

“We were very happy with the run.”