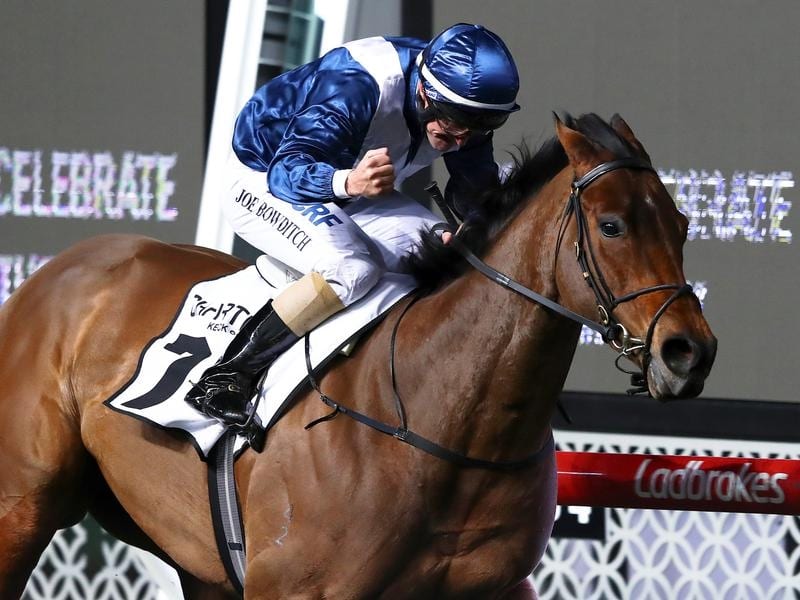 Dual Group One winner Viddora has been retired and the mare will be served by Lope De Vega.

Dual Group One winner Viddora has run her last race and is off to the broodmare barn to be served by Lope De Vega at Ballylinch Stud in Ireland.

Trainer Lloyd Kennewell, also a former part-owner of the mare, has announced her retirement and her sale to Newgate Farm and SF bloodstock.

Viddora’s two Group One wins came in the 2017 Winterbottom Stakes in Perth and the Moir Stakes at Moonee Valley last September.

She ran her last race when eighth in the Chairman’s Sprint Prize in Hong Kong in April which followed a fourth in the Al Quoz Sprint at Meydan the previous month.

“It was one hell of a ride to train my first two group 1 wins with the great mare Viddora,” Kennewell said on Twitter.

“Big thanks to everyone involved along the way & now it’s time for her to enjoy retirement. Very happy for SF Bloodstock & Newgate Farm as the purchasers.”

Having travelled to Dubai and then Hong Kong, Viddora is undergoing quarantine overseas before her return to Australia.