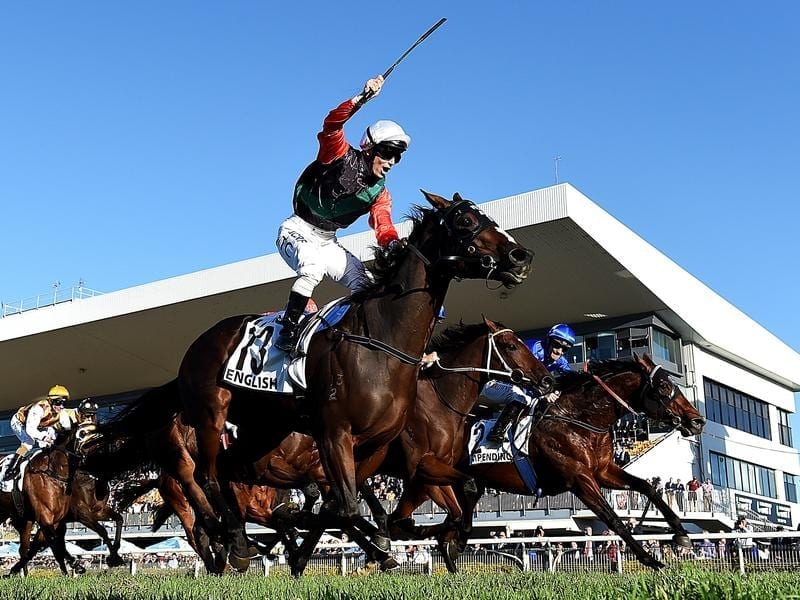 Dual Group One winner English has been retired to stud and will be served by I Am Invincible.

Dual Group One-winning sprinter English has been retired and will be served by I am Invincible.

The Gai Waterhouse and Adrian Bott-trained mare has been battling a leg issue over the past couple of weeks which forced her withdrawal from the $13 million Everest.

She was entered for Saturday’s Everest consolation, the Group Three Sydney Stakes, but her owner/breeders Newhaven Park announced her retirement on Monday afternoon.

Runner-up in the 2015 Golden Slipper, English had 27 starts for six wins including the 2016 Group One All Aged Stakes and this year’s Group One Doomben 10,000.

Newhaven Park said English would join her dam Court and half sister Puzzle in its broodmare band.