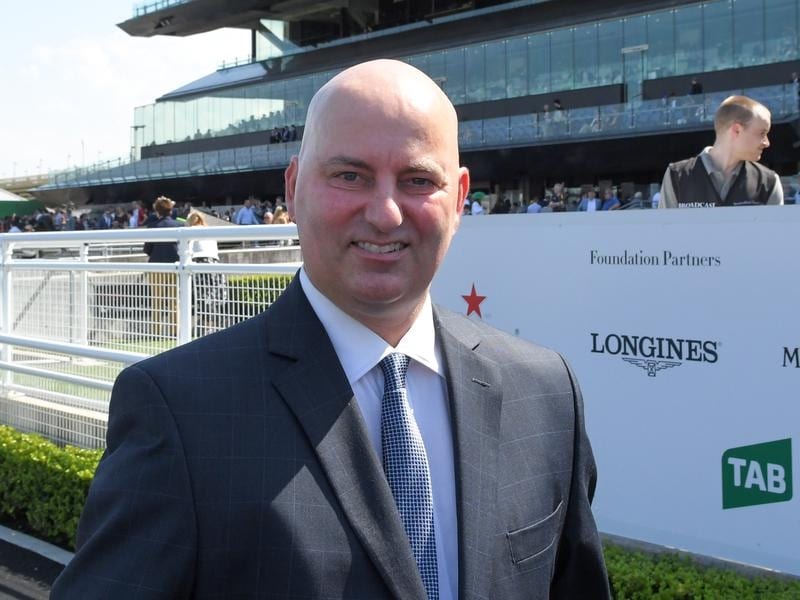 Trainer John Thompson is looking forward to the return of stable stalwart Dreamforce in the Apollo.

After racing his way out of handicaps, Dreamforce steps up to a weight-for-age campaign starting with the Apollo Stakes at Randwick.

The John Thompson-trained seven-year-old is a consistent quiet achiever, winning more than $1.5 million for his syndicate of owners headed by Tony Crisafi.

Like many trainers, Thompson is hoping the rain does not return to Sydney ahead of Saturday’s meeting which is still likely to be run on at least a soft surface.

Runner-up to three-year-old Brutal in the Doncaster Mile, Dreamforce beat Te Akau Shark to win the Tramway Stakes in the spring before running second to Avilius in the weight-for-age George Main Stakes.

He then put in an uncharacteristic poor run in the Epsom Handicap won by Kolding and finished midfield in the Crystal Mile in Melbourne.

The gelding has won two barrier trials as he prepares to return in the Apollo (1400m) for which is among 14 nominations headed by triple Group One winner Happy Clapper.

“He is the stable stalwart. He is a beautiful animal,” Thompson said.

“He’s won both his trials but he doesn’t want it too wet.”

Dreamforce has four second place finishes from five starts on soft tracks and a third from two on heavy.

Fellow Randwick trainer Anthony Cummings had been preparing a weather contingency plan for Libertini but the filly will stay in Sydney for the Group Two Light Fingers Stakes rather than take on older sprinters in the Group One Lightning Stakes at Flemington.

Libertini is the TAB’s $2.50 favourite to beat her fellow three-year=old fillies in the Light Fingers.

“I discussed it with Gerry. We spoke about the weather and the tracks and he said he’d rather take the odds to it and stay here and take what comes.”