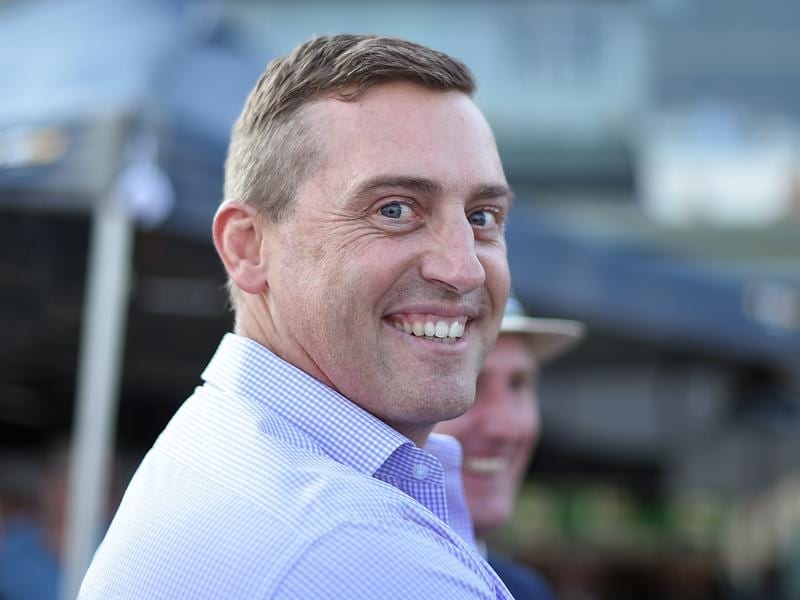 Leading trainer Tony Gollan’s all-conquering Brisbane stable will be out in force at Doomben.

Trainer Tony Gollan is considering splitting Get Stuck In and Silvera as he uses the Doomben meeting to assess the winter aspirations of some of his top horses.

The premier Brisbane trainer, who has already trained 103 winners this season, looks to dominate Saturday’s meeting after accepting with 15 horses.

Leading the way are the two open company horses Silvera and Get Stuck In who have both been accepted in the Bernborough Ascot Handicap (1640m).

As is the case with all trainers, Gollan has been reshaping his winter plans after Racing Queensland released a revised black-type schedule of races after originally scrapping the carnival because of the COVID-19 pandemic.

Gollan is looking at the winter 1600m and 1800m races for Silvera and Get Stuck In.

He has accepted with both in races on two occasions recently but on each scratched one of them.

“Get Stuck In will run on Saturday but I might wait for next week for Silvera,” Gollan said.

“They are both racing well but exactly which way we go for the winter will be decided in coming weeks.

“Silvera might even drop back in distance and contest the (Group One) Stradbroke Handicap now it is on in June.

“Get Stuck In just keeps improving and his past two wins have been very good.”

Gollan has three promising three-year-olds in the Roku Gin Handicap (1110m) – Sugar Boom, Garibaldi and The Move who are also winter bound.

“Sugar Boom was a Listed race winner in the summer and she has won her trials this time by five and four lengths,” Gollan said.

“This looks an ideal place for her to start with Stephanie Thornton’s claim.”

Garibaldi will be having his first start since being unplaced in the Listed Poseiden Stakes at Flemington on October 5.

“He was well beaten in a trial and he usually improves with racing,” Gollan said.

“The Move was run down on the line at his last start and he has drawn well in barrier two.”

Gollan and fellow trainer Chris Munce have taken advantage of new horse movement regulations to have runners at the Gold Coast on Friday.

RQ has divided the state into racing zones with horses allowed to travel between them but not their handlers.

The horses must travel the day before meetings and be cared for by a designated person under strict biosecurity.

Gollan has accepted with She’s Our Ripa (Aquis Plate) and Munce with Scathing (3YO Handicap).