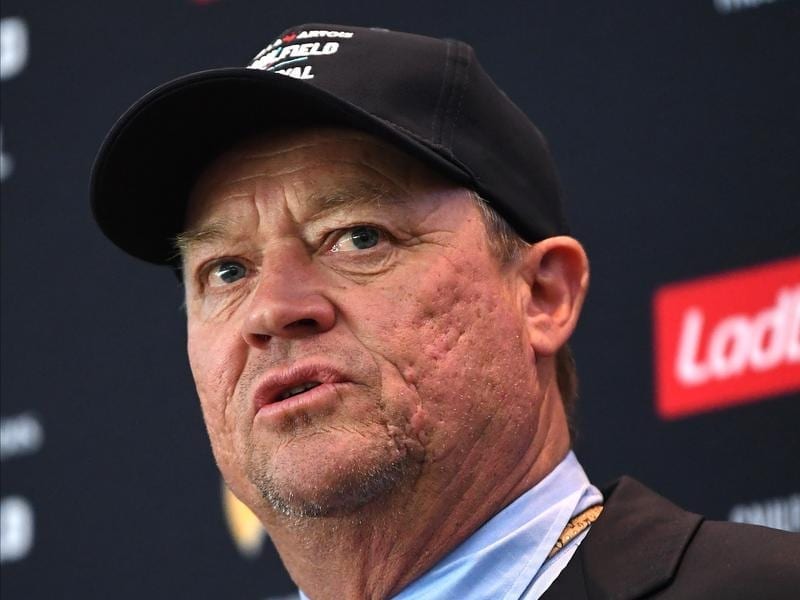 Trainer Tony McEvoy is hoping Dollar For Dollar can draw an inside gate in the Toorak Handicap.

Trainer Tony McEvoy is hoping for a more favourable barrier draw as he seeks a Group One victory for Dollar For Dollar.

The gelding is set to run in the Toorak Handicap at Caulfield on Saturday as he looks to overturn a narrow defeat at Group One level at his latest outing.

Dollar For Dollar led for the majority of the 1400m of the Sir Rupert Clarke Stakes at Caulfield on September 22, only to be run down in the final stages by Godolphin’s European sprinter Jungle Cat.

McEvoy blamed the wide draw for the gelding’s defeat saying the key to him was getting a favourable draw.

“He’s a winner at the mile but not at this level,” McEvoy said.

“The key to him, especially at the mile, is he has to draw low.

“I’m confident the barrier beat him last time. He came from gate 13 and just had to press forward and it fired him up for a furlong.”

After having to work early in the race, McEvoy said Dollar For Dollar then had little peace during the middle stages of the race.

The gelding was joined by Jungle Edge on his outside.

“He didn’t have a lot of opportunity to rest in the race but was there still fighting at the line,” McEvoy said.

“It was a fantastic performance and I wasn’t disappointed in the horse at all.

“He was very courageous and it took a world class Group One horse to beat him.”

McEvoy said Sunlight would take her place in the Thoroughbred Club Stakes after recovering well from a trial win at Cranbourne on Monday.

Sunlight hasn’t raced since winning over Saturday’s course and distance in August after which a trip to Sydney turned sour when the filly spiked a temperature while being prepared for the Golden Rose.