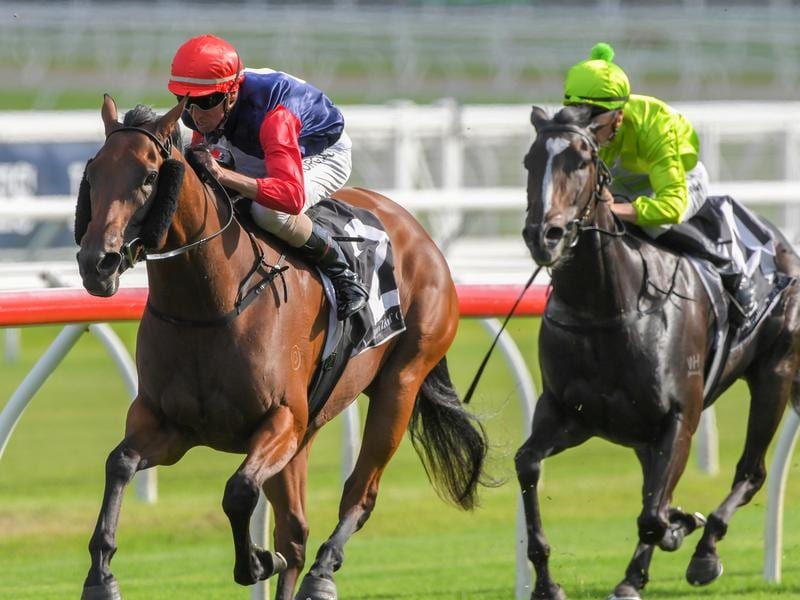 John Thompson feared Sweet Deal would be outsprinted in the Toy Show Quality but instead found himself hankering for the finishing line.

Concerned the mare would find the 1100 metres too sharp under her top weight, Thompson was delighted to see Sweet Deal put herself in the race and hit the front in the straight.

But he faced a few anxious moments as Zaniah charged late to just miss in a photo finish.

“We thought the 1100 might be a bit short but as it turned out, it was a little bit too long,” Thompson said.

“I was chatting to a few of the trainers this morning, I was worried with the big weight as well, but (trainer) Les Bridge said to me, ‘good mares win these races’ and she is a good mare.”

Sweet Deal ($6.50) had a nose to spare over Zaniah ($26) with the luckless Seasons ($9) another half-neck away after being unable to secure clear running for much of the straight.

Adelong started a solid favourite but had to work early to lead and finished sixth, two lengths from the winner.

The gelding had race fitness on his side and it told over the final stages as he held on to beat the fast-finishing Probabeel ($18) by a neck with Special Reward ($4.40) another half-head away.

Trainer James Cummings said the gelding had found a new lease of life since they started training him as a sprinter.

“Having thought about trying to make more of a miler out of him than a sprinter-miler, I think we’ve unlocked the key to him and it’s proving very beneficial,” Cummings said.

“He’s a bit of an underrated horse. He was in a good race today and had to make a big leap and he did that.”

Probabeel produced the eye-catching run of the race while favourite Funstar settled near the rear for James McDonald and warmed up late in a return that pleased trainer Chris Waller.

“I thought her run was good,” Waller said

“James said she was a bit flat-footed when they sprinted but the last 100 metres was good.”