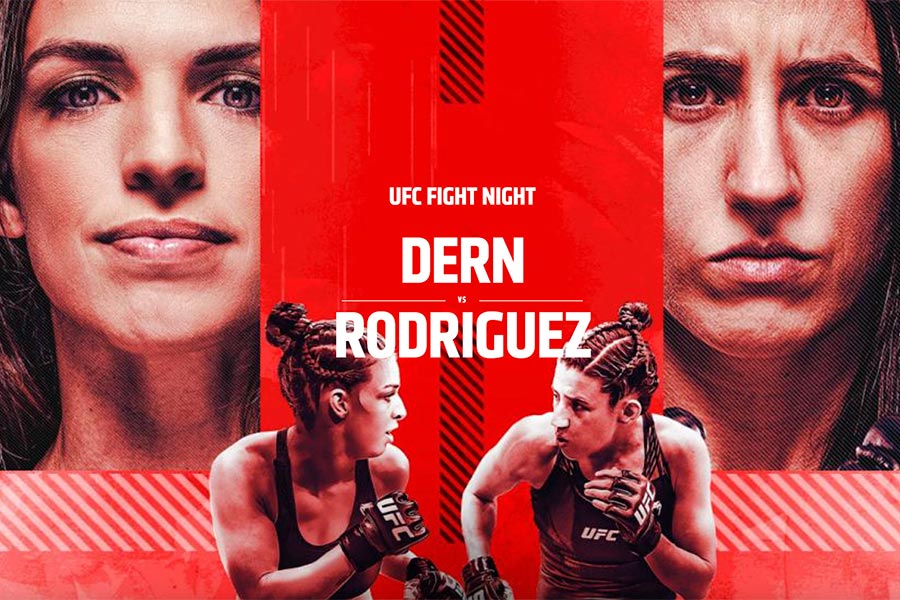 Mackenzie Dern carries a four-fight winning streak into her main event match against Marina Rodriguez at UFC Vegas 39. Dern and Rodriguez will both try to take another step towards a shot at the UFC Women’s Strawweight Championship with a win this Sunday afternoon (AEDT).

Mackenzie Dern (11-1-0) has strung together four straight wins and has earned three of those wins via first-round submissions over Hannah Cifers, Randa Markos, and Nina Nunes. All three of those submission wins earned Dern Performance of the Night honors as well. The only loss of Dern’s career came to Amanda Ribas after a 17-month maternity hiatus. Dern has looked far sharper since shaking off the ring rust.

Marina Rodriguez (14-1-2) will be Dern’s toughest opponent to date. The only loss of Rodriguez’s career came last year in a razor-thin split decision loss against Carla Esparza. Rodriguez has bounced back from that loss with two wins in 2021: a knockout against Amanda Ribas and a decision win at flyweight over Michelle Waterson. Ribas was undefeated in the UFC with a 4-0 record before being knocked out by Rodriguez.

The scouting report on Dern has been the same for years. While she isn’t awful in the striking game, she is outmatched in it against just about every opponent she faces. Conversely, she has an obvious edge over all of her opponents on the mat. Some bettors keep trying to fade Dern and hoping that her opponent stays out of trouble but Dern keeps finding ways to quickly put them away with a submission maneuver.