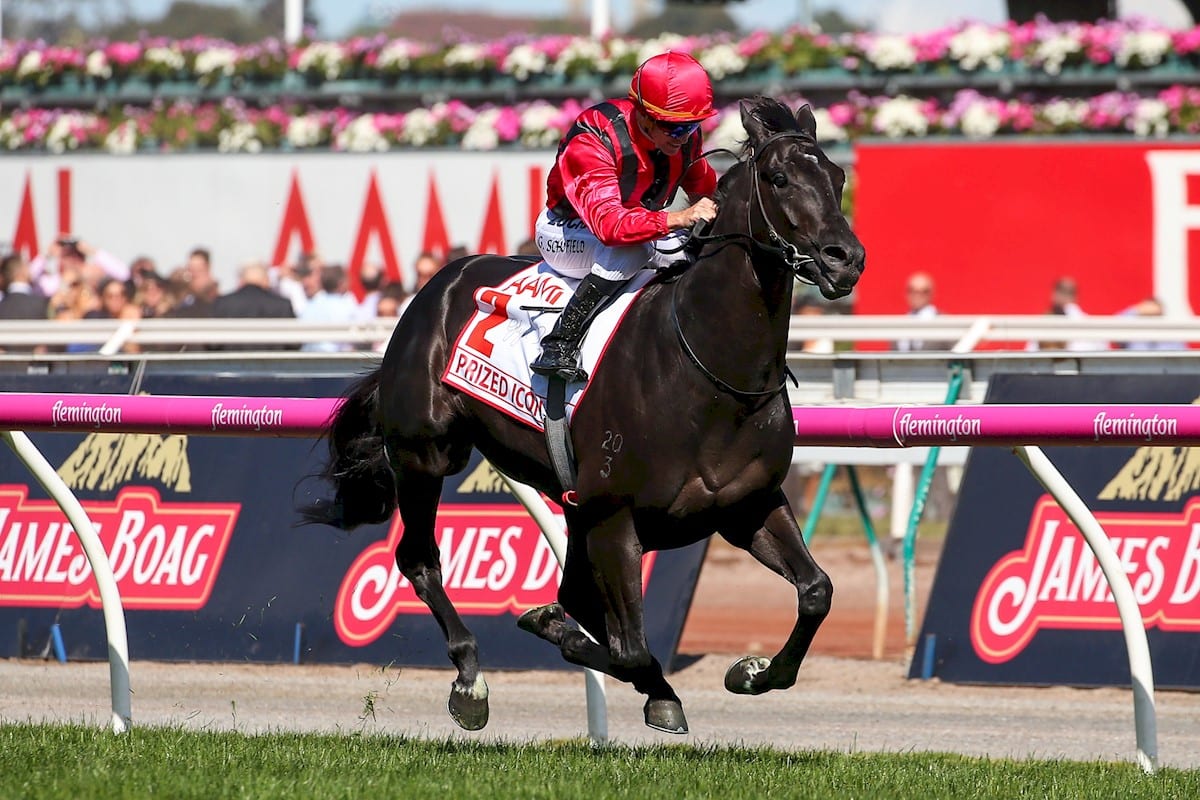 CHAMPION trainer in the making James Cummings has kept the strong family tradition of Derby Day domination running after Prized Icon took out the Group 1 Victoria Derby in stunning fashion.

The $18 outsider at WilliamHill.com.au found the front at the 200m mark and streaked away from the short priced favourite Sacred Elixir to take out the time honoured race.

Consistent runner Inference rocketed up the rails to snatch third place ahead of the unlucky So Si Bon.

The win made James Cummings a fourth generation Derby winner after following in the footsteps of his great grandfather Jim, his grandfather Bart and his father Anthony.

The youngest of the Cummings dynasty said it will take him some time to come to terms with the magnitude of the win.

“I think like most trainers it will take a little while for this to sink in,” Cummings said. “To win staying races like these, horses just love to be in their own comfort zone, their own space.

“He’s been a model of consistency since he won the Group one. Although win-less leading into today, he just continued to show such strength and the miles and miles of Cummings training have kicked in and he’s kicked away to win a Derby nice and convincingly.”

Glyn Schofield piloted Prized Icon to the Group 1 victory today and the veteran jockey said it was a ‘sweet’ victory.

“He was too good today. These races are very hard to win, but when you do win them they’re sweet,” Schofield said.

“My run was perfect, couldn’t have a better barrier, had the run of the race, followed the right horses, got out at the right time.

“He accelerated a tad quicker than I thought he would, he probably hit the front a furlong too soon for my liking. He always felt to me like he had enough in the tank to fight off anything that came.”

Sacred Elixir was one of the hottest prospects of the day in the eyes of most punters but the favourite was unable to go alongside Prized Icon as the horses hit the final 200m.

Trainer Tony Pike said he could not fault the run of his horse, but was simply beaten by a better horse on the day.

“It was a solid run, he just got on the bridle a couple of times, got into a fair bumping duel as well,” Pike said.

“Just turning into the straight when Zac (Purton, jockey) was trying to get out, he could have possibly got himself into the race earlier as well, but he’s come back on the line.

“Good solid run, but disappointing not to get the win.”