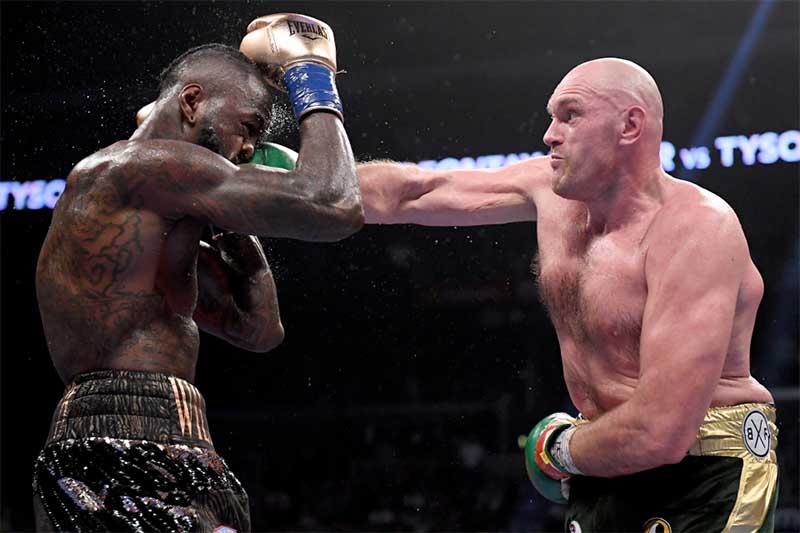 High-calibre boxing rematches come around rarely, but Wilder v Fury 2 is promising to be the biggest fight of 2020.

World champion Deontay Wilder will be attempting to defend his title for a 10th successive time, when he steps into the ring against outspoken Brit Tyson Fury for a second time.

Wilder currently sits with 42 wins from his 43 fights, including 41 KO’s, putting him the conversation as one of the best boxers to ever set foot in the ring. Tyson Fury has a similar record with 29 wins from his 30 fights, but he has only stopped his opponent 20 times.

Both fighters only have one blemish to their records, and that is the draw they had against each other, adding to the intensity of Sunday’s bout.

The two heavyweight beasts previously met in December of 2018, where their fight was controversially called a draw, with arguments mounted that either fighter could have won.

Wilder and Fury’s first battle is considered one of boxing’s greatest ever, but this sequel is primed to be just as good, if not better.

Punching power is the strength of Wilder, who effectively uses his unbelievable reach to destroy most opposition, but the defensive strategy that Fury used in the first fight allowed him to last until the very end.

Fury has been working on his physique since he entered the ring, and he looks better than ever in the lead up to this fight, even boasting that he has never felt better.

Although Wilder can knock out most boxers in a single hit, Fury has one of the strongest chins in history, so we know the fight is going to last longer than most.

While this boxing match is very close in the betting, but we think one of these fighters is going to be better on the day. Read on for our Wilder v Fury tips:

The last fight was called a draw, but in our eyes, it was Fury that could have been deemed the winner. Other than Wilder landing a massive blow that almost knocked out Fury, he fought beautifully and kept Wilder in check.

This rematch will give Fury a chance to expose his quick hands to Deontay, but it will also be another chance for the Gypsy King to show off his textbook techniques, ones that are effective enough to dethrone The Bronze Bomber.

Wilder is going to be the excitement in the fight, as he will be throwing the majority of the punches, but we tip it will be Fury’s patience that rewards him in the end.