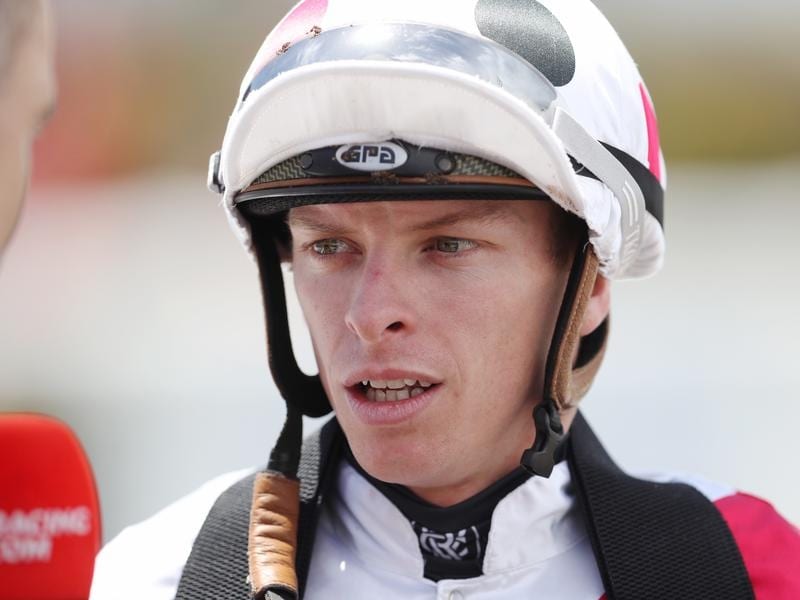 Michael Dee will have a working holiday when he returns home to NZ and rides Kali in the Railway.

Melbourne-based Michael Dee is returning home to New Zealand for Christmas and is set to ride in feature races at Ellerslie during the holiday period.

Dee owns a farm in New Zealand with his parents Richard and Jo and will extend his stay to the new year to ride three-year-old Kali in the Group One Railway Stakes (1200m) for trainer Tony Pike.

“I’ve been home for Christmas for the last few years and rode at Ellerslie on Boxing Day two years ago, but had the week off last year,” Dee told NZ Racing Desk.

“This time I’ll fly over on the 24th, have Christmas with my family, then go up to ride at Ellerslie on Boxing Day and New Year’s Day.”

Dee, who sits eighth on the Victorian jockeys’ premiership, returned to New Zealand last month for the second day of the New Zealand Cup meeting at which he landed a treble.

Kali was unplaced as one of the favourites in the New Zealand 1000 Guineas at Riccarton last month and is expected to get into the Railway with around 51.5kg.

Dee has been riding trackwork for trans-Tasman trained Mike Moroney at Flemington and hopes to pick up further mounts for Moroney and his Matamata partner Pam Gerard during his two-day stint at Ellerslie.

More immediately, Dee will join Samantha Collett to represent New Zealand in the Queensland Origin Jockeys Series which has attracted Michael Rodd back from Singapore to join Kathy O’Hara in the NSW team.

The series begins on Friday with the twilight meeting at Doomben with three races and ends with two events at Eagle Farm on Saturday.

“I’m looking forward to it. I just hope I get some good rides,” Dee said.