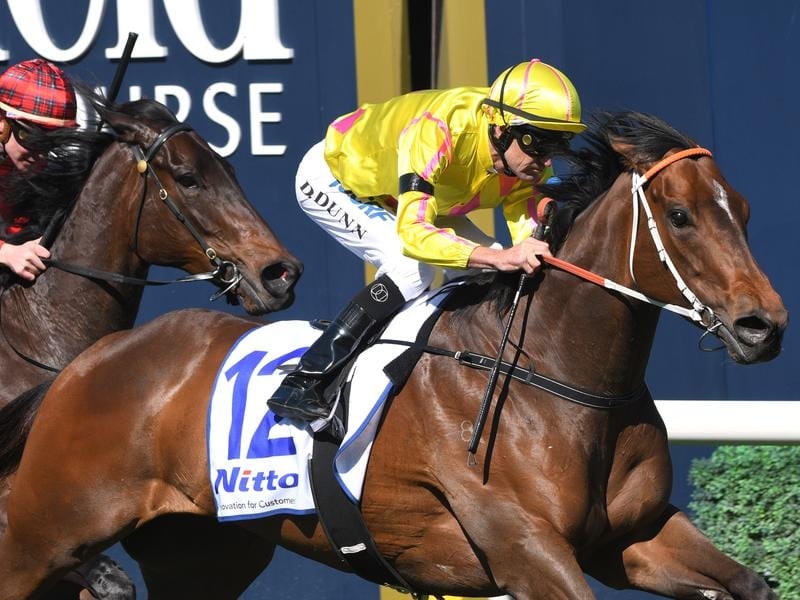 Dawn Dawn has made up for an unlucky Sydney return to score with authority at Caulfield.

Dawn Dawn has made amends for an unlucky first-up second in Sydney with victory in a hit-and-run mission to Caulfield.

Co-trainer Wayne Hakes, who runs the stable’s Melbourne base, said Dawn Dawn would have started favourite in Saturday’s race if successful first-up at Rosehill on August 10.

“She should have won at Rosehill the other day as she’s still trying to get out,” Hawkes said.

“If she had won there she would have been favourite.”

Luck has deserted Dawn Dawn through her career.

Hawkes said Dawn Dawn should have gone close to winning a stakes race at Caulfield last spring, instead of finishing midfield.

“She either wins or has no luck, there’s little in between,” Hawkes said.

“She’s done a good job today. She was three wide and faced the breeze the whole way which is never easy to do.

“She’s stakes class, but we’ll just poke along with her, but I’m pretty happy with a little race at Caulfield for her.”