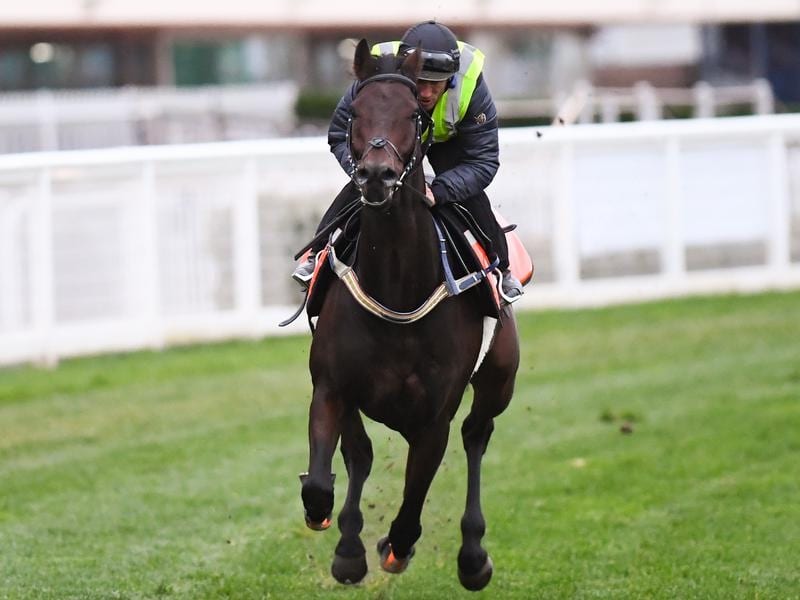 Import Mustajeer will be out to give jockey Damien Oliver a fourth Melbourne Cup victory.

Damien Oliver has had a weekend to remember and he will be trying to parlay that into a Melbourne Cup win on Mustajeer.

Oliver broke the record for most wins by a jockey during Melbourne Cup carnivals with his Wakeful Stakes victory aboard Miami Bound and a few races later put the icing on the cake with a sixth Victoria Derby triumph on Warning.

He rides the Kris Lees-trained Mustajeer in the Melbourne Cup, a race he has won three times aboard Doriemus (1995), Media Puzzle (2002) and Fiorente (2013).

A fourth win would put Oliver equal with Bobbie Lewis and Harry White as the most successful Melbourne Cup jockeys.

The winner of this year’s Ebor Handicap at York, traditionally a good European form reference, Mustajeer was bought by Australian Bloodstock to target the Cups.

He finished sixth at Caulfield and has taken enough improvement for Oliver to declare the horse in the mix.

“I think there are a number of chances this year,” Oliver said.

“It’s the widest one I’ve seen for a while, just because I think they’re coming from so many different form directions, so it’s not really clear-cut.”

Lees is chasing a first Cup win almost 20 years after he first saddled Country Tyrone in 2002.

He says an awkward draw made Mustajeer’s Caulfield Cup task difficult and is rapt with barrier six at Flemington.

In a race where quick decisions and experience can count for plenty, Lees regards the booking of Oliver as a potential game-changer.

“I don’t know that the horse was that comfortable around the (Caulfield) track and he did get further back than we probably preferred but the barrier dictated that to us somewhat. He’s got a more favourable draw now.

“We thought he’d improve. Damien came and rode him Friday morning to give him that bit of confidence as well and he was quite taken with his work.”