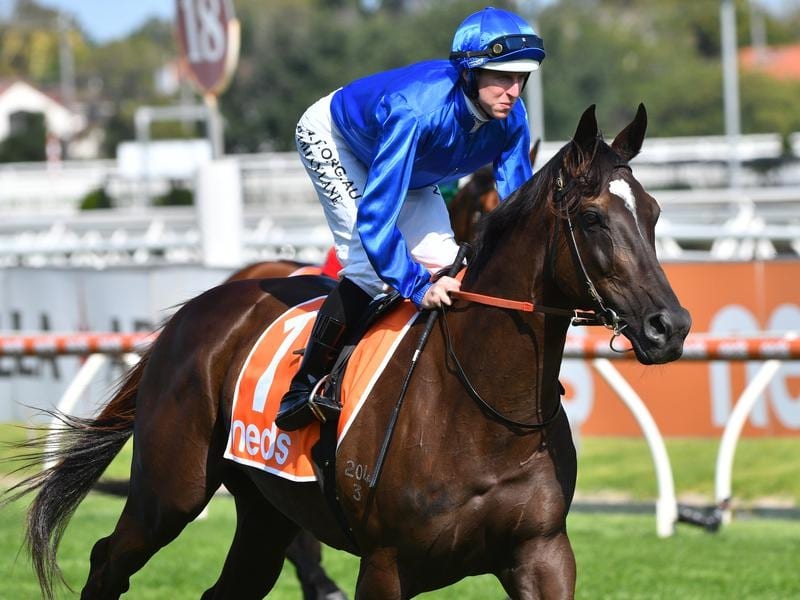 Avilius has pleased trainer James Cummings ahead of his return in the Chelmsford Stakes at Randwick.

James Cummings is convinced Avilius could have featured in the Winx Stakes had he run, but the Godolphin trainer is equally content with the decision to delay his return.

The multiple Group One winner has opened a $3.50 TAB fixed odds favourite for his campaign launch in the Chelmsford Stakes (1600m) at Randwick on Saturday.

Avilius was scratched from the Winx Stakes two weeks ago as the Godolphin team felt the backmarker faced a tough task from a wide draw.

In the end, the race was run at a genuine tempo, setting it up for Verry Elleegant to come from the back with a sweeping run around the field to score.

“It’s a funny thing, it would have suited him in the end with the backmarkers coming home,” Cummings said.

“But the Chelmsford will just have a little bit of the edge off (him) compared to the Winx.

“I’ve loved his campaign when I’ve run him first up over a mile.”

Stablemate and Australian Oaks winner Colette is also among nominations for the Chelmsford, along with the Tramway Stakes (1400m) on the same program.

The pair had an exhibition gallop between races at Rosehill on Saturday and Cummings is confident both are on target to feature this spring.

While Colette has showcased her staying capabilities, Cummings believes she has the speed to be competitive over shorter journeys.

“She has come back well,” Cummings said.

“She has a little bit of speed which you would like to see from a now four-year-old mare who has had a spell since her Oaks campaign.”

Colette is prominent in early markets for the Epsom and Metropolitan Handicaps and is among a host of feature race contenders stepping out across Sydney and Melbourne on Saturday.

Everest favourite Nature Strip resumes in the Concorde Stakes (1000m) at Randwick while Surprise Baby, who heads Melbourne Cup markets, is scheduled to kick off in the Group Two Feehan Stakes (1600m) at The Valley.

Hawkes Racing will also continue the campaigns of some of their spring big guns.

Master Of Wine, prominent in Caulfield Cup and Metropolitan markets, is entered for the Feehan, while Epsom equal favourite Masked Crusader and Angel Of Truth are nominated for races at Randwick.

Horse travel between the two states became easier this week with Racing NSW easing restrictions to allow horses from Melbourne to enter NSW, provided they adhere to strict biosecurity protocols.