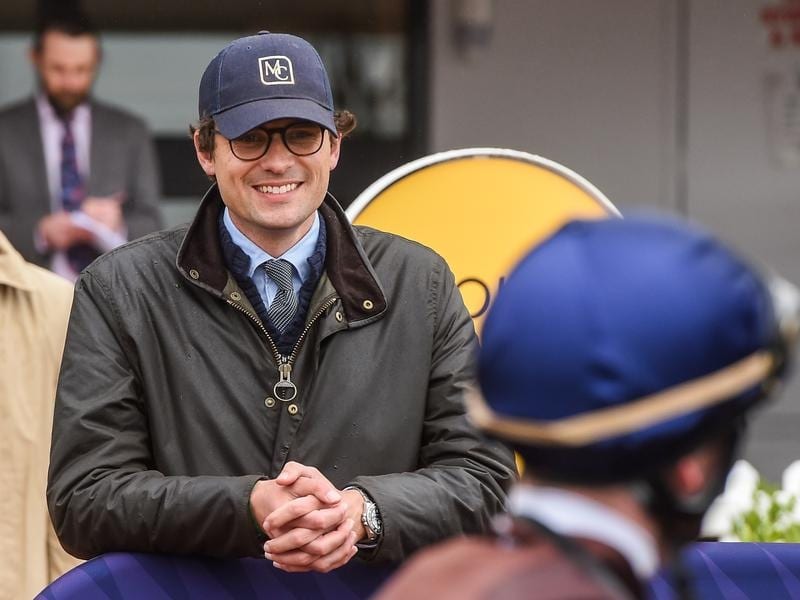 Sign Seal Deliver has been a cause of frustration for trainer Matt Cumani who will send the stayer for a spell after he runs at Caulfield.

Cumani has called on Fred Kersley in a bid to change around the three-year-old’s fortunes in Saturday’s Mark Needham Handicap.

And Cumani will instruct Kersley to ride Sign Seal Deliver in a positive manner to make the race a true staying contest.

“I’m hopeful that Fred might make more of a test of him, but I’m worried that that may still not work,” Cumani said.

“Last time we played into the hands of Persan whereby in the end we set it up for him, whereas this time by trying to make it a true test and a challenging race, I’m worried we might be setting it up for Lord Bouzeron.

“The field has more depth to it this time around but my horse is going well, however he has been frustrating.”

Cumani said he expects Sign Seal Deliver to make the most of a good barrier draw and take up a forward position.

“I won’t be telling him to go at a crazy pace, just a nice easy tempo,” he said.

Cumani also has Sasko engaged in the Laurelle Owens VOBIS Gold Stayers and in planning for the race was hoping for a significantly wetter track.

The track has been posted in the soft range and is unlikely to be any worse come Saturday’s meeting.

“A week ago when I looked at the long range forecast there was supposed to be a week of rain and I thought it would be a heavy 10, in which case I would be super confident,” Cumani said.

“But it’s not unfortunately which means he’s on a level playing field with everyone else and he’s probably not quite good enough to be on that level footing.

“When it’s heavy he grows another leg and revels in it.”