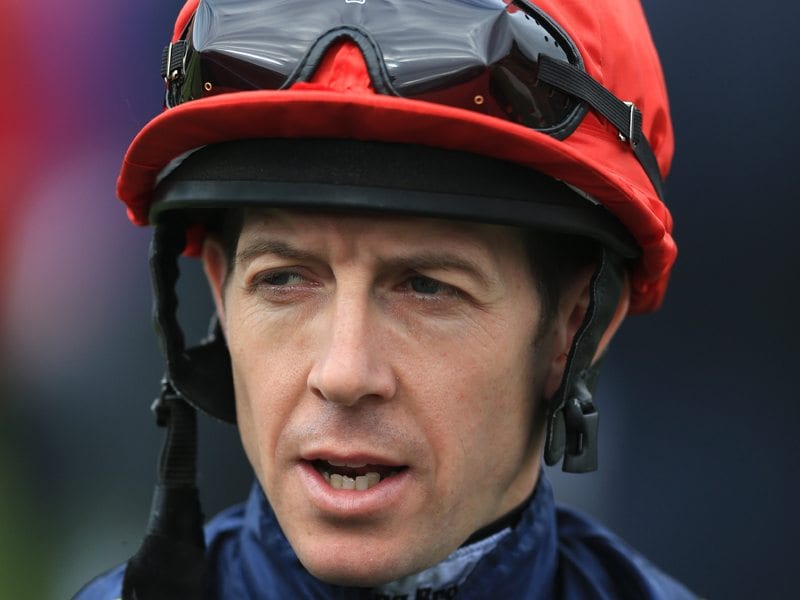 British jockey Jim Crowley will take up a position as No.1 rider for Sheikh Hamdan al Maktoum.

The sheikh’s racing manager Angus Gold said he expected Crowley to take up his position starting with the Dubai carnival in the new year.

“He’ll be going out to Dubai for the carnival, which starts in early January, and I’m sure he’ll be in place for that,” Gold said.

“In the meantime, Dane O’Neill is still second jockey and he’s out in Dubai anyway, so Jim will go out to help him.”

“We bought a lot of young horses this year and I think we’ll have more horses in training than ever next year, so there’s plenty for Jim to look forward to.”

Crowley expressed delight at having landed such a coveted role.

“I’m very much looking forward to it. I’m chuffed to pieces,” he said.

“On the back of such a good year, this time of year everyone is trying to get sorted for next season but it was nice to get the offer.

“My goal is to still ride as many winners as I can and obviously it would be great to try and retain my title.

“First and foremost, my job is for Sheikh Hamdan and I’ve got to do the best I can for them.”

Crowley is still recovering from back and rib injuries received in a four-horse fall at Kempton that led to Freddy Tylicki suffering paralysis from the waist down.

He said he was doing gym work and expected to get a medical clearance within 10 days.