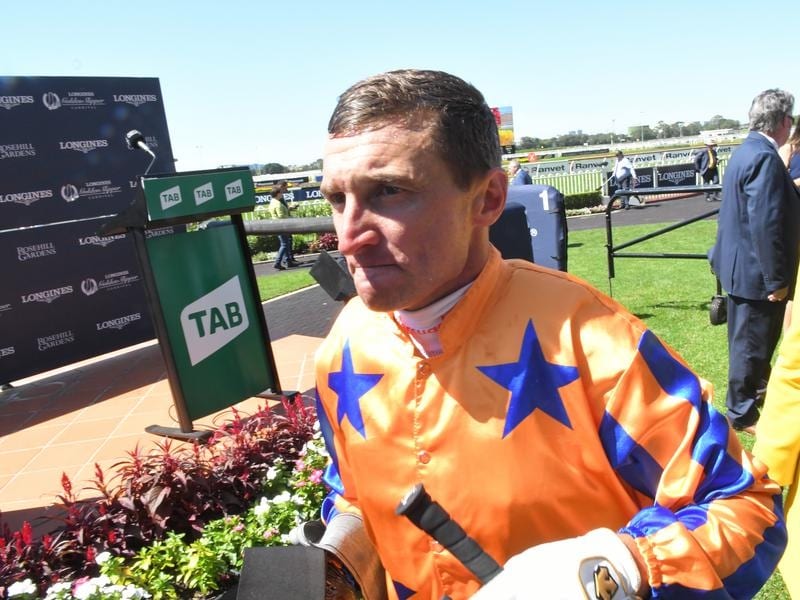 Opie Bosson has ridden NZ champion Melody Belle to another Group One win in the Windsor Park Plate.

New Zealand champion Melody Belle has won her eighth Group One race to keep the Cox Plate in the mix.

First the mare will try to win the triple crown at home having taken the first two legs, the Tarzino Trophy and Saturday’s Windsor Park Plate at Hastings.

The recently crowned NZ Horse of the Year dominated the 1600m-race to beat Sultan Of Swing by 2-3/4 lengths under Opie Bosson who is unbeaten on Melody Belle in six races, three at the highest level.

“Obviously, the Triple Crown is our target with her and she’ll be back there (Hastings) in a couple of weeks,” Te Akau trainer Jamie Richards said.

“There are a lot of good horses that have failed, so hopefully we’ve got the right horse in the right form to go there and be competitive.

“The plan thereafter is to go to Australia. There are a lot of races she could target and one of those is the Cox Plate.

“But, we won’t get too far ahead of ourselves. Let’s concentrate on Hastings, and we can then firm up our plans.

The final triple crown leg is the Livamol Classic over the 2040m of the Cox Plate at hastings on October 5.

Bosson said Melody Belle had a will to win which set her apart.

“She’s just amazing, right from when she was a two-year-old and on to now,” he said.

“She’s just got that will to win and doesn’t know when to say never. Every time she goes out, she gives you 110 per cent and if she does go a bad race there is obviously something wrong.

“I got into a good spot as they went quite hard. I got going a bit earlier than I had planned but we were just going too good.”