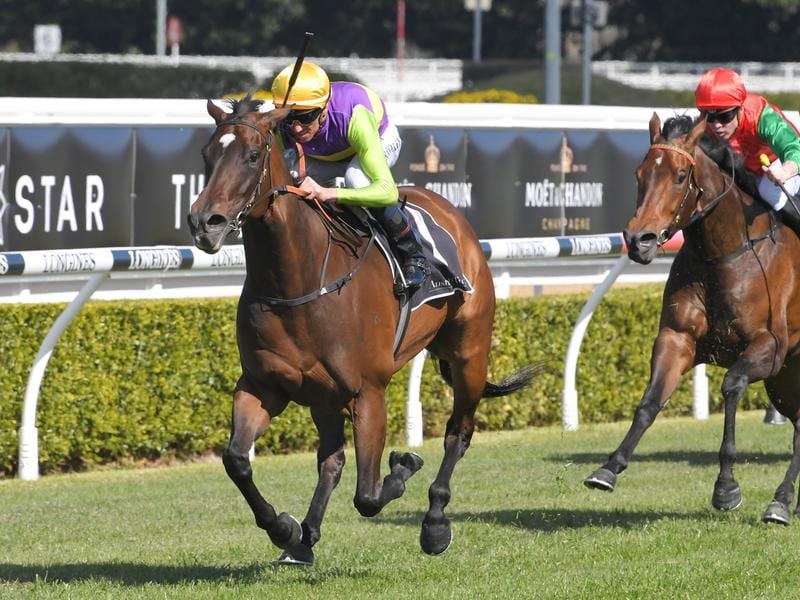 Connemara has ended a run of frustrating placings with a decisive win at Randwick.

Connemara has snapped a frustrating streak of second placings to win at Randwick and set herself up bigger and better races.

The Bjorn Baker-trained mare had been runner-up in four consecutive races, three by close margins, before Saturday’s 1400m-benchmark 78 event on the Kensington track.

With Nash Rawiller aboard for the first time, Connemara ($5) strode to a comfortable win.

Melbourne visitor See Me Exceed ($41) did best of the chasing pack to finish 2-1/2 lengths away.

“It’s great to see her do that,” Baker said.

” She has done a really good job and been consistent.

“And I have to give Nash credit as well.”

For his part, Rawiller said the mare deserved her moment after finding some stiff recent opposition including the much-hyped Haut Brion Her last start.

“She did that easily. She cantered in,” he said.

“She’s bumped into a couple of good ones in recent starts and I think she appreciated stepping up to 1400 metres too.

“She was able to sit off them, a length quieter than normal, then produce a better turn of foot.”