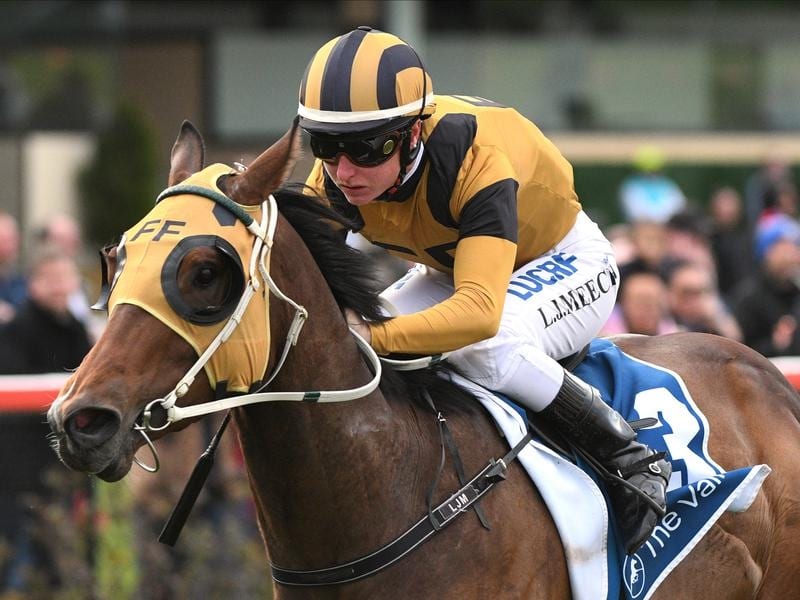 Condo’s Express has continued on his winning way in claiming the Listed McKenzie Stakes.

A colt who cost just $3000 as a yearling has continued a rise through the grades early in his three-year-old season to win the Listed McKenzie Stakes at The Valley.

The Richard Laming-trained Condo’s Express won at the same track on August 3 but took another step up in Saturday’s 1200m Listed race for three-year-old colts and geldings to score by 2-1/4-lengths.

“And it’s good for all the connections, especially a good friend in (part-owner) Gary Condon.

“After his first couple of runs I was happy just saying he would win a race or two. But the blinkers have gone on and it’s certainly turned this horse around.

“He’s gone to the next level there today and he has won better than I thought he would.”

Laming said there had been interest from potential overseas buyers following the colt’s previous win and expects that could start up again after Saturday’s performance.

“There was a lot of potential buyers that didn’t continue on,” Laming said.

“We’ll see what happens but the main thing is he has won here today and for everyone involved, that’s great.”

Condo’s Express ($3.60) raced keenly in behind the leaders and jockey Linda Meech peeled him out before the home turn.

He hit the front at the top of the straight and was able to draw away late from runner-up Hightail, the $2.70 favourite, who had made his run around the field.

Hawker Hurricane ($13) was another two lengths away third.

Meech said Condo’s Express did a terrific job because he pulled hard during the run.

“He did everything wrong and he was still able to win convincingly,” Meech said.

Laming said he would see how Condo’s Express, a son of Rubick out of Braided, pulled up before determining immediate plans.

Hightail’s co-trainer Peter Snowden felt a wide draw cost the gelding but believes he will improve from the first-up run.