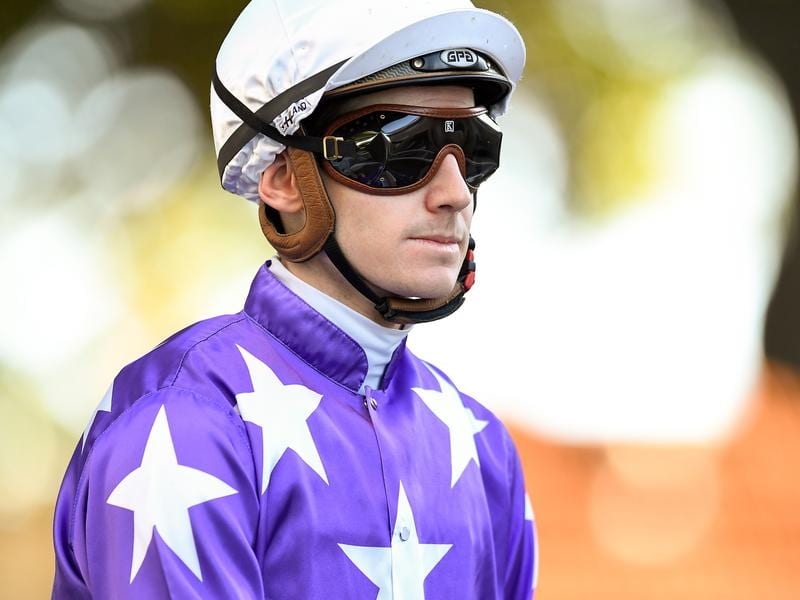 Jason Collett has been suspended from riding for nine days.

Celebrating his first Group One success has resulted in a careless riding suspension for jockey Jason Collett.

As he crossed the line first aboard Invincibella Collett raised his right arm in triumph but as a result stewards found he allowed the mare to shift in, causing interference to Winter Bride approximately 50 metres past the winning post.

“When you celebrate, Savatiano, who was on your inside, does have to go on with you for a number of strides and we think you put her on this course,” acting chief steward Daniel Aurisch said.

“In our view it has compromised the safety of Ryan Maloney who rode Winter Bride.”

Collett, 28, was suspended for nine days which begins after he rides in Sydney next Saturday. He can resume riding on July 9.