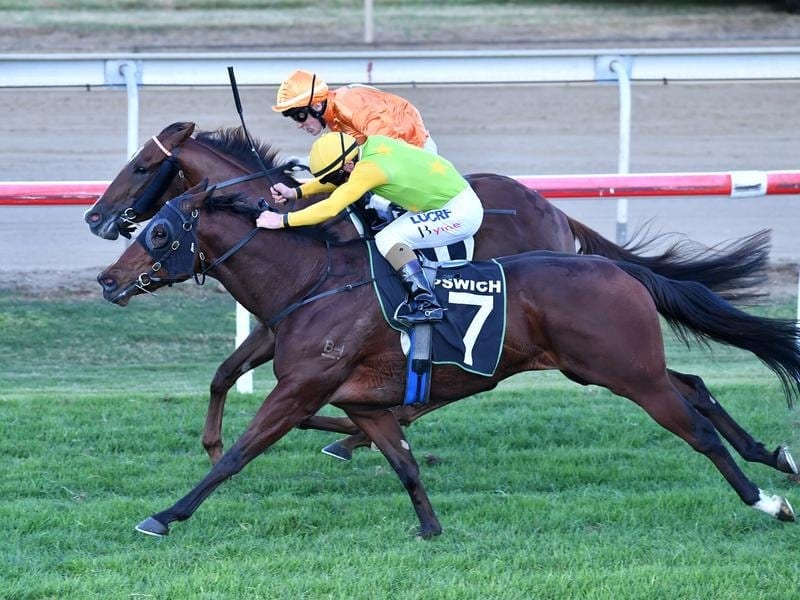 Glen Colless will ride Tyzone as the veteran jockey attempts to win the Listed Ramornie Handicap at Grafton for the first time.

Gold Coast trainer Toby Edmonds had originally planned to book James Orman for Tyzone in Wednesday’s Listed 1200m-sprint but he will be overseas.

“Apparently James had mixed up his booking for a trip to Hong Kong so he isn’t available,” Edmonds said.

“Jeff Lloyd will be back from South Africa on Tuesday but he wasn’t keen to go to Grafton so close to getting back.”

Edmonds said he was happy to book Colless who began his riding career in the NSW Northern Rivers.

“Glen is a multiple Group One winning jockey and he has won a stack of races for us,” Edmonds said.

“Tyzone is a pretty foolproof horse and Glen will suit him.”

Tyzone has been a model of consistency since joining Edmonds’ stable having won at the Gold Coast and Doomben before being second in the Listed Eye Liner Stakes (1350m) at his last start.

Edmonds has resisted the temptation to step Tyzone up too far in grade this winter.

It has been a top year for Edmonds who is chasing his eighth stakes win for the season.

There were 30 entries for the Ramornie which has a capacity field of 16 plus four emergencies.

The final field will be decided on Monday.