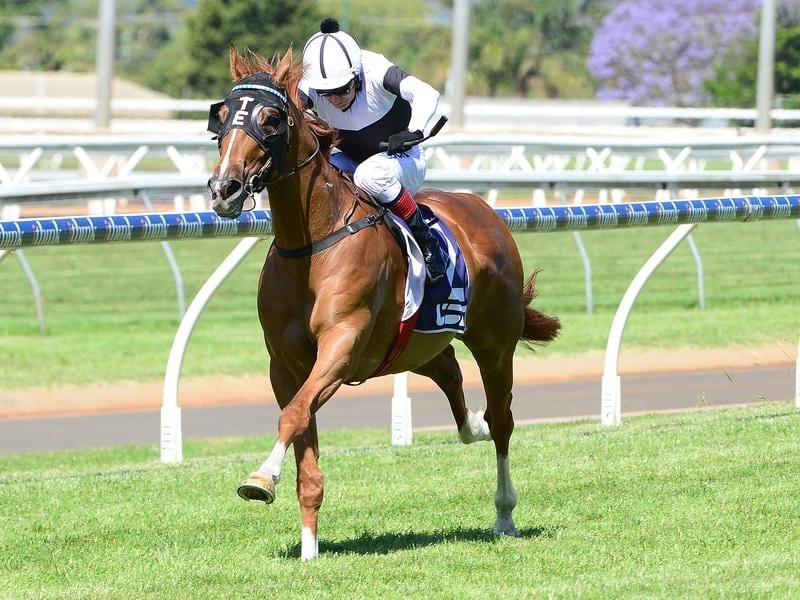 Coastal Prince will be given the opportunity to enhance his record over Doomben’s 1600m course.

Consistent Coastal Prince’s liking for the 1600m trip at Doomben has given him a chance in open company.

Coastal Prince’s last four starts have been at Doomben over 1600m where he has recorded a win, second, third and a fourth.

He will meet a strong field in the Bernborough Ascot Handicap (1640m) but trainer Desleigh Forster feels he won’t be out of place.

“I was going to run him on Saturday week but they switched the meeting to the Sunshine Coast,” Forster said.

“He seems to be far more effective at Doomben than any other track. And all five of his wins have been at 1600m.”

“I know he is stepping up in class but it is a small field and the race should be run to suit him.”

“Provided he settles I would be disappointed if he doesn’t run a decent race.”

Coastal Prince is another example of Forster’s ability to get the best out of cheap horses.

In-form jockey Taylor Marshall will ride Coastal Prince after getting another long-priced winner at the Sunshine Coast on Real Estate on Wednesday.

“Taylor has won on Coastal Prince and Music Award for me lately. He is a hard worker who can ride light,” Forster said.