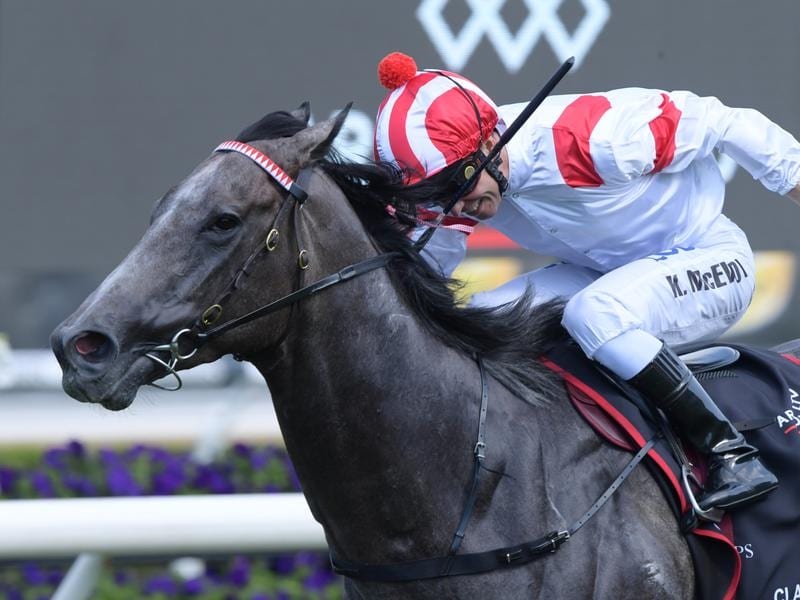 Classique Legend has shown he is ready for his return with a stylish barrier trial win at Randwick.

Ridden by Kerrin McEvoy, Everest contender Classique Legend circled the filed nearing the turn in his 1000m-heat on the course proper on Tuesday and comfortably beat Home of The Brave by 2-1/4 lengths.

She said there was no pressure on McEvoy to choose between dual Everest winner Redzel and Classique Legend with the two expected to clash in The Shorts on Saturday week.

“He’s right where we need him to be,” Size told Sky Sports Radio.

“We will leave the hard decision to Kerrin. There’s no pressure from us. I don’t think we will have a shortage of jockeys.”

Happy Clapper ran over 1200m with Tommy Berry aboard replacing an injured Hugh Bowman, and stretched out over the final 200m to beat stayer Grey Lion by 2-1/2 lengths.

The Pat Webster-trained triple Group One winner, Happy Clapper, will run in the George Main Stakes (1600m) on Saturday week after resuming with a second to Samadoubt in the Winx Stakes.

Bowman rode Happy Clapper on that day with the now Hong Kong-based Blake Shinn aboard for the horse’s three Group One wins.

McEvoy has ridden Redzel to win the two runnings of the $14 million Everest and in his winning return in Saturday’s Concorde Stakes.