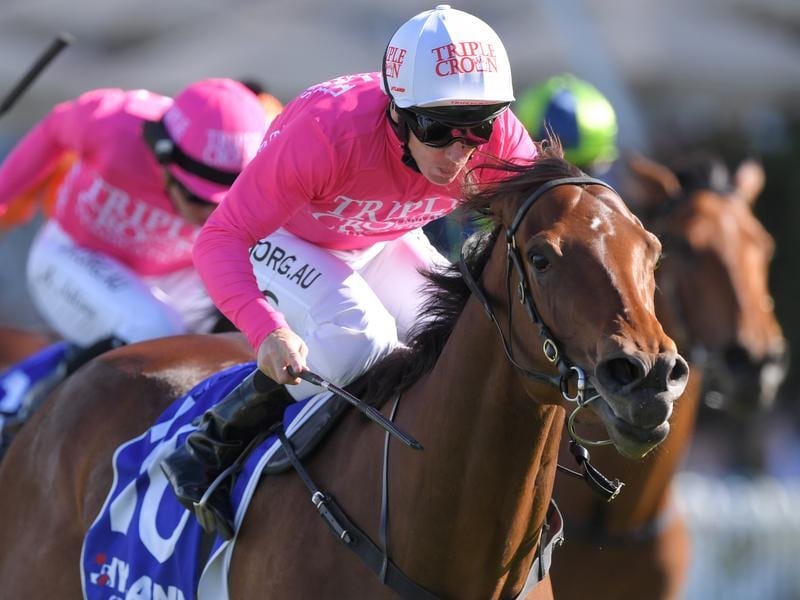 Tim Clark is looking forward to being reunited with Reelem In Ruby in the Triscay Stakes.

The Triscay Stakes has been a happy hunting ground for jockey Tim Clark who will bid for a hat-trick of wins aboard emerging mare Reelem In Ruby.

Clark first won the Group Three sprint 11 years ago aboard the brilliant Hot Danish and has added the past two editions on Faraway Town and Alassio.

“It’s been a nice race to me so hopefully we can do it again on the weekend,” Clark said.

Yet to miss a place in 10 starts, Reelem In Ruby rounded out a fruitful spring with a Group Two win, coincidentally in the Hot Danish Stakes at Rosehill.

Clark is full of praise for the way trainers Peter and Paul Snowden have managed the four-year-old and expects her to continue to repay connections this autumn.

“They’ve just given her a few runs each prep and I suspect they will really be rewarded for their patience,” Clark said.

“She has already rewarded them but I think that will continue on.

“They haven’t overtaxed her in any of her preps and she’s just going to get stronger and stronger.”

The Snowdens have identified the Group One Coolmore Classic as a major autumn target for Reelem In Ruby, who has form on wet and dry tracks.

The mare has the widest barrier to overcome on Saturday and top weight of 58kg, a kilo more than Hot Danish carried to victory, but Clark says she is so honest she cannot be discounted.

“She gives her best all the time and she is never far away,” Clark said.

“She’s got the job at hand there Saturday with the big weight and the wide barrier but I really like how she trialled up for it and I’m looking forward to getting back on her at the races.”