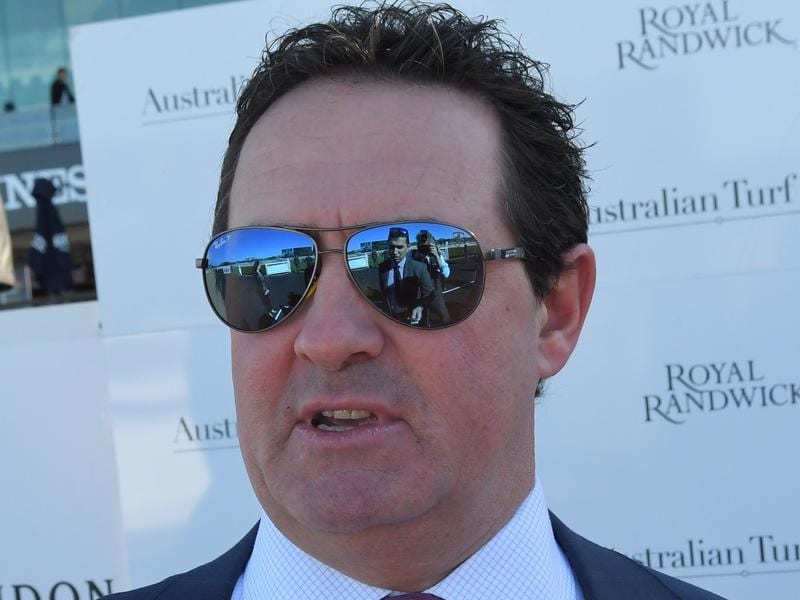 Co-trainer Michael Freedman hopes Cinquedea can show his new maturity with a win at Randwick.

Lightly raced Cinquedea has been in a work in progress and is poised to take another important step when he chases his first metropolitan win at Randwick.

Trained by brothers Richard and Michael Freedman, Cinquedea did not race until late in his three-year-old season and even then, immaturity was an issue.

But with time and patience the horse has started to flourish.

He has notched three provincial wins in 11 starts and having put the writing on the wall with a first-up second to Trumbull at Kembla, Cinquedea heads to Saturday as early favourite for the Schweppes Handicap (1400m).

Michael Freedman believes the horse has made good inroads and says maturity has been key.

“He has gone from a horse who was destined to spend most of his time racing around the provincial circuit to now being a genuine city-class horse and hopefully he can continue to improve that little bit more,” Freedman said.

“He’s been a slow maturing horse mentally more than anything, so it’s taken a little bit longer than normal for the penny to drop with him.

“It was a good run first-up at Kembla and we thought this type of race on Saturday sets up pretty well for him.”

Cinquedea will carry 59.5kg after the claim of apprentice Robbie Dolan and will be one of four runners for the Freedmans.

They will also start Special Missile and Roman Son in the December Handicap (1400m) while consistent mare Pumpkin Pie chases an overdue win in the Heineken 3 Handicap (1400m).

While Roman Son is expected to improve deeper into his campaign, Special Missile is on trial for a Magic Millions berth.

The Scone Cup winner in May, Special Missile was unplaced behind Spending To Win in the Starlight Stakes and Freedman predicted a more competitive performance.

“Depending on how he goes on Saturday, there is still an outside chance he could venture up to the Gold Coast for the Magic Millions Cup if his form warrants it,” he said.

“He has trained on really well and while he’s not fully wound up, he is a lot fitter than he was first-up and his work has reflected that.”

Pumpkin Pie has been rolled in close finishes at both runs from a spell and the Freedmans have taken blinkers off and put visors on to improve her peripheral vision in the event of another tight finish.