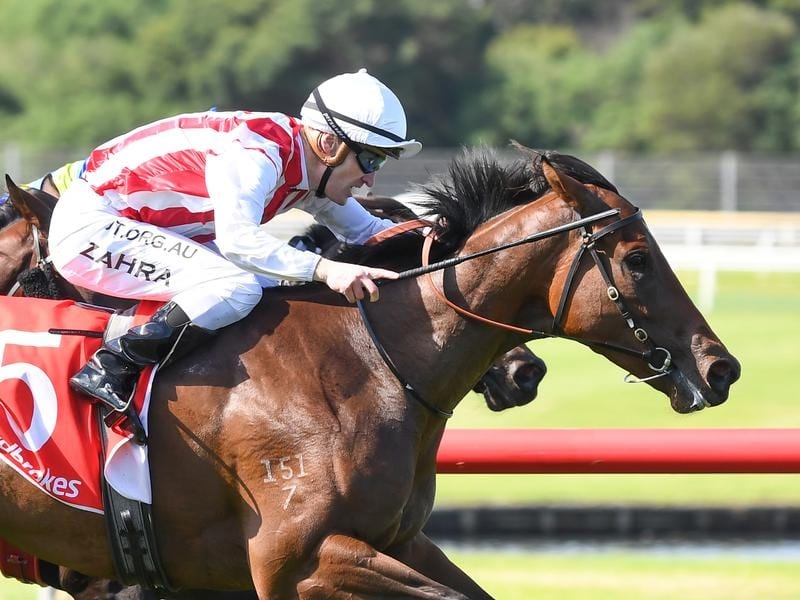 The Anthony Freedman stable has high hopes for Charm School after her impressive but wayward debut victory at Sandown.

Under the guidance of Mark Zahra, Charm School took out Monday’s Ladbrokes Handicap (1200m) in a performance that showed the filly still has a lot to learn.

Charm School was sent out the $2.70 favourite in Monday’s race on the strength of a jump-out at Balnarring before racing to a three-quarter length victory from the well-supported Malicorne ($3.70).

“She was still very green there and has a lot to learn, but she’s certainly got a motor.”

Freedman said the stable would not rush Charm School believing in time they could have a contender in some of bigger spring three-year-old fillies races.

“She’s got a big frame and is a filly we have high hopes for in the spring as she’s bred to get over a lot more distance,” Freedman said.

“If she has one or two more, who knows, but we’ll just see how she comes through this.

“It’s really good for Jonathan Munz who supports the stable and has been supporting the industry through this really tough time at the sales and it’s nice to get a filly like her in the winner’s stall.”

Charm School ran the 1200m in quicker time than Final Man who won the following race, also for three-year-olds.

Final Man has now won three of his six starts and Monday’s victory was his first in the metropolitan area.

Trainer Nick Harnett plans to bring him back to Sandown early next month to chase a Saturday victory in another 1200m-race.