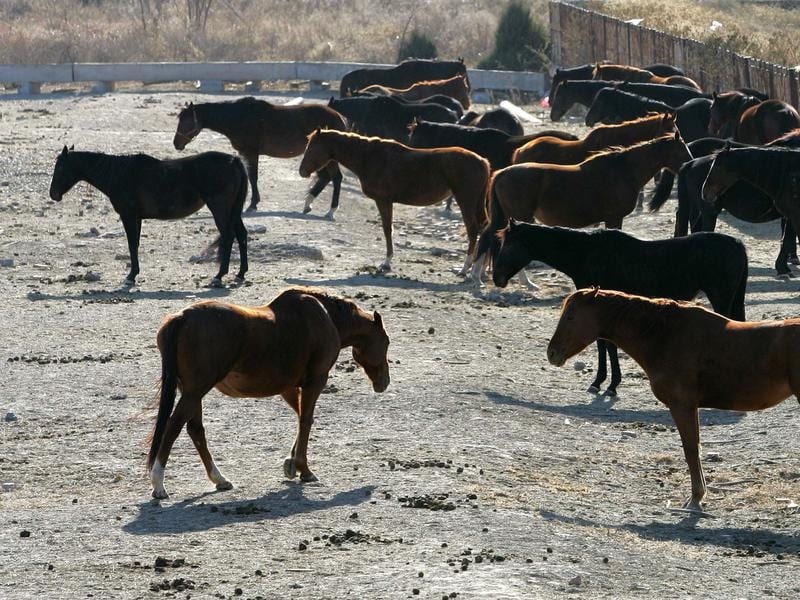 The Queensland government has accepted some recommendations of a probe into animal cruelty.

Cameras will be installed at Queensland abattoirs to capture how retired racehorses are treated in the wake of an animal cruelty probe.

The new rule among dozens of recommendations about how the state government and racing industry can better take care of Thoroughbreds and Standardbreds once their careers are over.

An investigation was launched after footage aired last year showing workers at the Meramist abattoir north of Brisbane tormenting horses before they were killed.

It found there is no adequate animal welfare monitoring at knackeries, and made clear using racehorses as a disposable commodity was unethical.

However, it also found the racing industry was not responsible for the lifelong care of retired horses.

CCTV will be installed to film what happens at “critical animal welfare points” with Biosecurity Queensland to review the footage.

This and other measures accepted by the state government will be rolled out via agreements or legislation.

Another new rule will require owners to make multiple attempts to rehome their racehorses before they can consider putting them down.