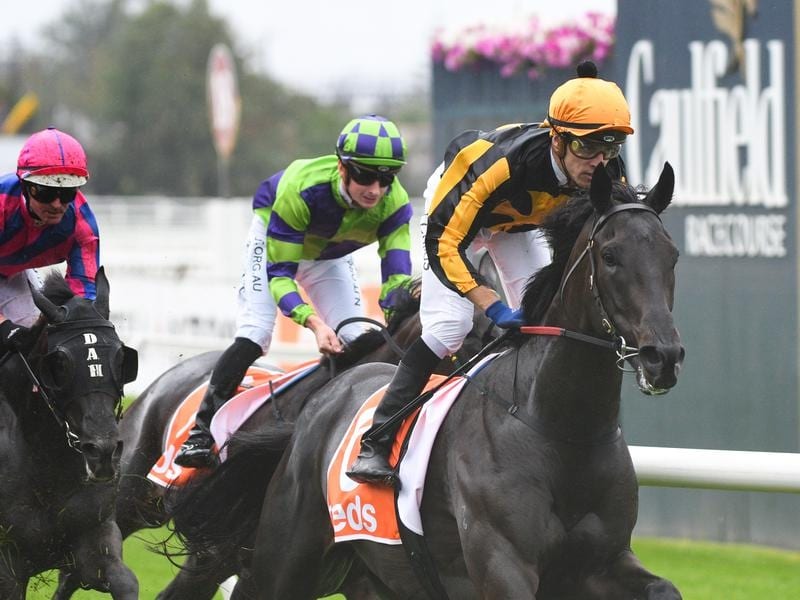 Trainer Grahame Begg is pointing emerging stayer Nonconformist towards a start in the Caulfield Cup.

Trainer Grahame Begg is planning to kick-off Caulfield Cup hopeful Nonconformist’s preparation on the Memsie Stakes program, but it is unlikely to be in the main event.

Begg has high hopes for the lightly raced rising four-year-old this spring and has pinpointed the $5 million Caulfield Cup (2400m) in October as his major target.

Nonconformist highlighted his potential when he won the Group Two Alister Clark Stakes (2040m) at The Valley in March by 3-1/4 lengths to cap his three-year-old season which netted three wins and three placings as he rose through the grades.

“He’s going to be the flagship horse for us for the spring,” Begg said.

“We’d like to think that hopefully he measures up into the Caulfield Cup.

“Obviously there’s a huge transition from running against three-year-olds at set weights in the Alister Clark that he won, but he won in pretty devastating style that night and we think he’s certainly got the talent to be able to measure up.

“He’s been pretty lightly raced and been looked after so we’re very excited about his prospects going forward.”

Begg has pencilled in the August 29 meeting at Caulfield for Nonconformist’s planned return but said it was likely to be in the 1400m handicap that day rather than the weight-for-age Memsie, Melbourne’s first Group One race of the 2020-21 season.

“He’s going to run on the 29th and then he’ll probably go to the Makybe Diva Stakes and then we’ll just plot a course from there,” he said.

Begg said Nonconformist was scheduled to have a jump-out on August 4 and another trial before he resumes.

Nonconformist is at $51 in Caulfield Cup betting.