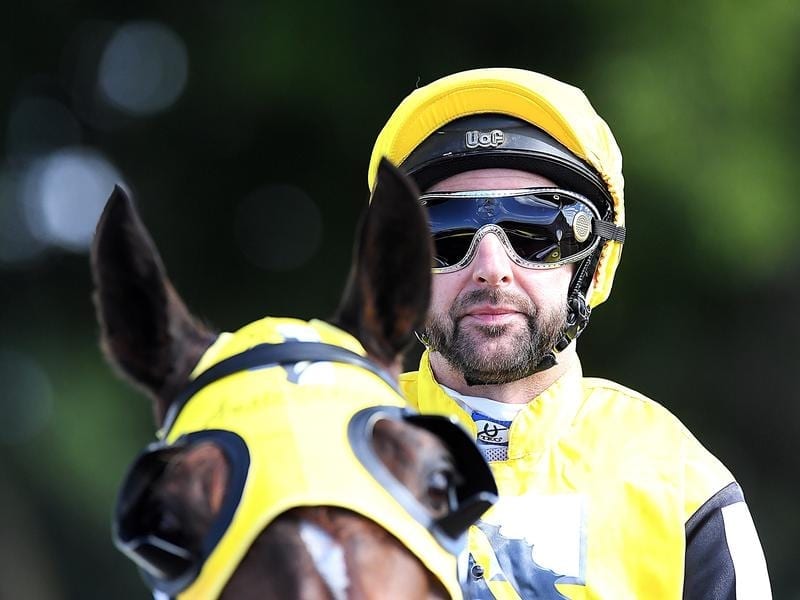 Jockey Larry Cassidy admits it is hard not to have fond memories whenever he teams up with champion trainer Chris Waller.

Cassidy has ridden more than 2700 career winners including 43 at Group One level.

He also won three Sydney premierships when he was the No.1 rider for Crown Lodge.

But it seems he will long be remembered as the jockey who rode the mighty mare Winx in the first of her amazing sequence of wins which now sits at 28.

“I won the Sunshine Coast Guineas three years ago on her and at the time I said she was something special. In hindsight that was an understatement,” Cassidy said.

“It is hard not to be reminded of that when teaming with Chris.”

Cassidy rarely rides for Waller these days but teams up again with the champion trainer aboard Vassal in the Harcourts Green Living Open Handicap (2200m) at Doomben on Saturday.

He replaces Glenn Colless, who is recovering from a back injury, on Vassal who was a last-start seventh in the Group Three Newcastle Cup (2300m) on September 14.

Vassal will join stablemates Exoteric and My Giuliano in the race but the weather could play a role.

Paul Shailer, who is in charge of Waller’s Queensland stable at the Gold Coast, said it was always good to be able to call on a jockey with Cassidy’s experience.

“We have a big team on Saturday going to Doomben at this stage but we are like every other stable and watching the weather,” Shailer said.

“Exoteric won the Port Macquarie Cup at his last start but whether we back him up three weeks in a row on a bog track is unlikely.

“My Giuliano handles the wet as does Vassal who has had a trial where he ran fourth.”

Jaminzah, who will be among the favourites for the Wynnum Haulage Open (1600m) is unlikely to start on a wet track.

Well-bred Impasse is also doubtful in a benchmark 85 race after drawing wide.