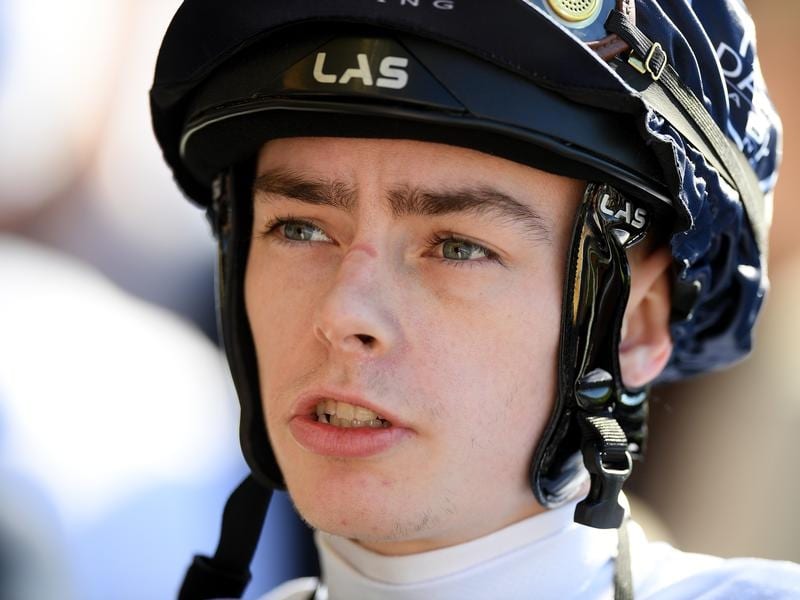 Cascadian continues to garner support for the Epsom Handicap with the Godolphin import now into single figures for the $1 million race.

Although he has finished fifth and fourth in his two Australian starts, he is now at $9 from $15 for Saturday’s 1600m-feature at Randwick.

He had no luck when fourth behind $6 Epsom equal favourite Kolding in the Bill Ritchie Handicap last Saturday week.

Trained by James Cummings, Cascadian has 50kg in the Epsom with Godolphin Australia boss Vin Cox saying the team had confidence in Sydney’s champion apprentice Robbie Dolan to get the job done from barrier two.

“We have very confidence in Robbie Dolan and we are just hoping for a clear passage,” Cox said.

Dolan is not fazed by the responsibility although he has had limited rides at the highest level.

“I did come third in the Galaxy (Easy Eddie),” he said.

“Cascadian is a good horse and gets in with a good weight.”

Cummings will also saddle up Best Of Days, the winner of the Kennedy Mile last spring and a $17 chance.

New Zealander Te Akau Shark and the John Thompson-trained Dreamforce are the other equal favourites despite drawing barriers 16 and 20 respectively.

Thompson is not too concerned by barriers for Dreamforce, runner-up in the Doncaster Mile in autumn and second at his two spring starts.

He has top weight of 57kg in the Epsom.

“He is the sort of horse who goes forward and is most consistent,” he said.

“He is going as well as he ever has and the plan has been for him to peak at the third start of his campaign.”

At $7, the Hawkes Racing-trained Rock, winner of the Cameron Handicap at Newcastle, is the only other runner in single figures after Tuesday’s barrier draw.

He will start from gate 12 with Kerrin McEvoy to ride at 50.5kg.

“I’ve won the Epsom before on Secret Admiirer (2011) and she came through the Shannon as well.”