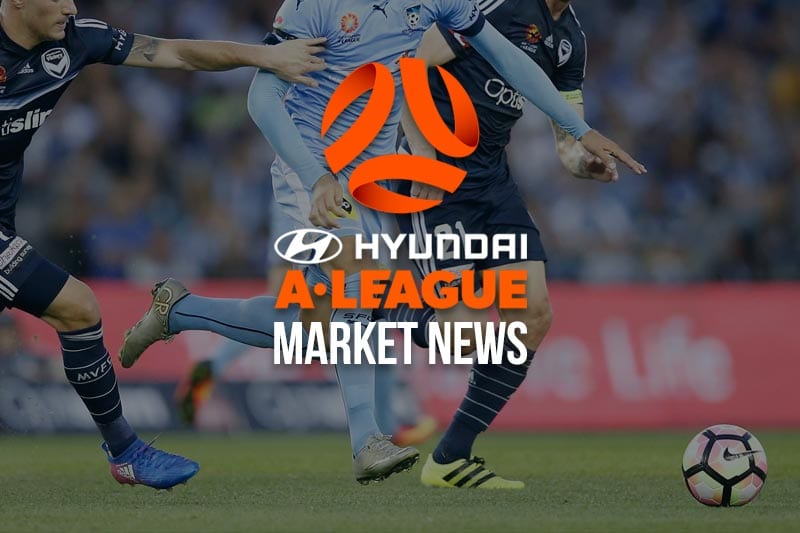 BESART Berisha is the bookmakers’ favourite to finish the 2017/18 A-League season as top goalscorer.

The Melbourne Victory striker has claimed the honour twice before, and Sportsbet.com.au rates him a $5 chance to do it again this term.

Berisha’s credentials are peerless in Australian football, but punters are throwing most of their money behind a Newcastle Jets newbie.

Although best known for a headbutt in December 2015 that landed him an eight-match ban, former Central Coast Mariners hitman Roy O’Donovan has received a third of all money wagered on the A-League Golden Boot market to date.

The Irish import, who shares a $17 quote with Adelaide United’s Baba Diawara, is reported to have turned down several offers from Aussie clubs before opting to join the Mariners’ arch-rivals this year.

But can O’Donovan lift the Jets from the wooden spoon to title contention?

Newcastle are paying $21 for the A-League title in a market dominated by defending champions Sydney FC ($3) and the two Melbourne clubs.

It appears much more likely that Ernie Merrick’s men will finish bottom again ($5.50), although they could face stiff competition from Wellington Phoenix ($3.10) and the Central Coast ($3.30).

“The punters very much agree with the odds and it’s hard to go past Sydney FC repeating their double success of last season,” said Sportsbet’s Will Byrne.

All markets courtesy of Sportsbet.com.au