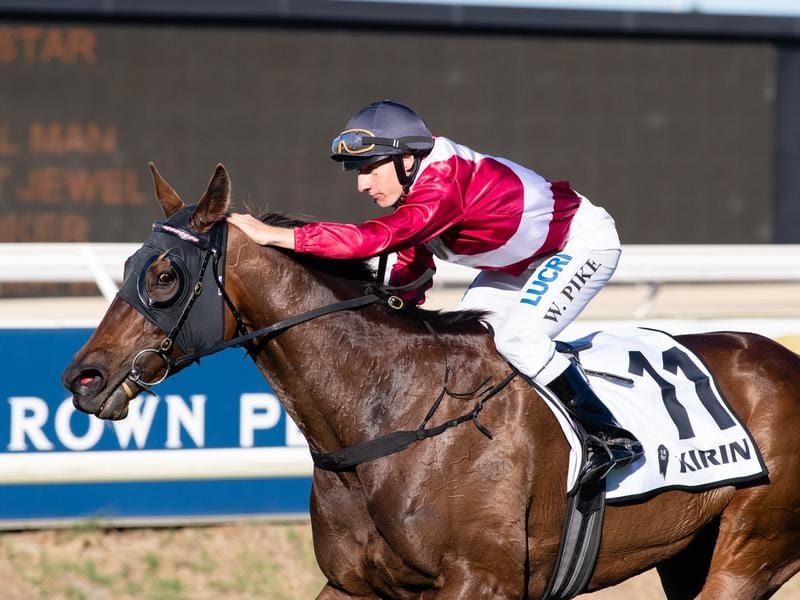 After a last-stride win in the Group Three Strickland Stakes in Perth, high-profile West Australian mare Galaxy Star is set to head to the breeding barn.

Galaxy Star’s victory on Saturday at Belmont took her record to 13 wins from 19 starts and the six-year-old was never out of the top three placings.

Along with her 13 wins, the mare recorded five seconds while her only third placing was in last year’s Group One Kingston Town Stakes after winning the Group One Railway Stakes at her previous start.

Galaxy Star’s breeder and owner Bob Peters said the Galaxy Star had nothing left to prove on the racetrack and he believed it was the right time for the rising seven-year-old to retire to the breeding barn.

“She’s done a great job for us and I’ve made it very clear all the way through, all we’ve ever done is think about her welfare and I think it’s time,” Peters told TABradio.

Peters has chosen to send Galaxy Star to undefeated US Triple Crown winner Justify, who will stand at Coolmore Australia during this spring’s southern hemisphere breeding season.

The leviathan Perth owner has sent two of his other leading lights, Arcadia Queen and Enticing Star, to Sydney trainer Chris Waller to be prepared for spring campaigns.