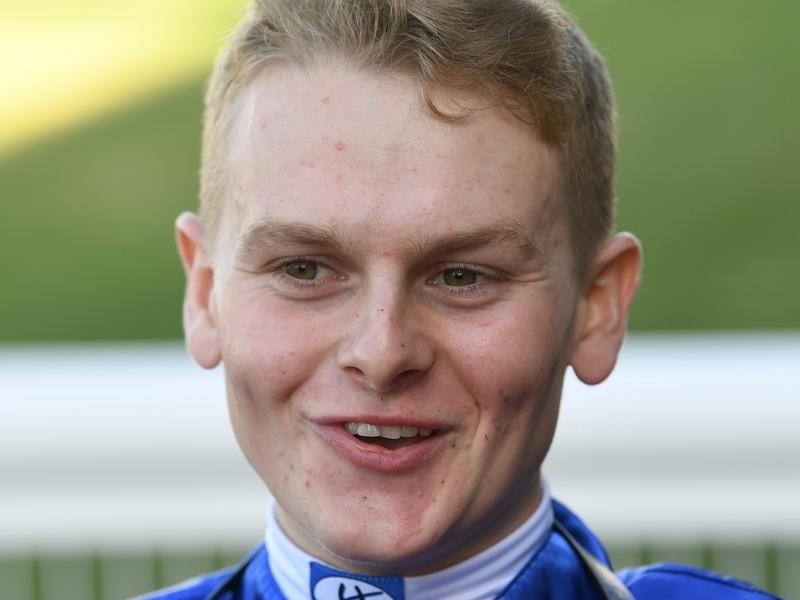 Victorian apprentice jockey Ethan Brown is taking a break from the rigours of riding.

As a former jockey, then a trainer, Matthew Hyland is acutely aware of the hours associated with working in the racing industry.

In his role as chief executive of the Victorian Jockeys’ Association, Hyland has taken up the fight for jockeys and high on the agenda is assisting them to obtain a better work-life balance.

Highlighting the problem is Ethan Brown, last season’s Victorian champion apprentice and winner of the past two Rising Stars series, who has announced he is taking a break.

He has not ridden since May, shortly after outriding his city claim, citing burn-out from endless days of trackwork, trials, travel and race riding.

Hyland said like footballers who take a breather from their sport, young jockeys like Brown also realise there is more to life than the hectic schedule of racing seven days a week.

“He’s had a number good years at it and whilst he said he’s burnt out and has walked away from it at this point of time, he’s not saying he won’t come back,” Hyland said.

“He’s walked away to have breather and that’s not unusual in whatever occupation you do.”

Hyland said the industry as a collective needed to come together to thrash out the workload of racing participants.

He does not have the answers and wants to see a small group from the different stakeholders sit around a table to talk up ideas.

“All the egos would need to be left at the front door,” he said.

“The industry has been a runaway train for long enough and we need the smart heads to get in a room and properly discuss it.

“Industry stakeholders attacking each other, throwing bombs at one another, has never worked and never will.

“It needs to be discussed in the proper manner. It should be a brainstorming session, without emotion.

“If I march on purely about the jockeys, I’m not an industry person, I’m just a unionist.”

Suggestions put forward to create some time off for industry participants is a break from Sunday racing in July.

Hyland said it was a catch-22 situation as the industry would lose wagering revenue while second-tier jockeys potentially would lose a day’s income.

“A month off in July doesn’t sound a bad idea,” Hyland said.

“We lose meetings during the winter and it doesn’t ruin the industry.

“We’re not saying six months off, but if you took four Sundays off in July will it appease people, I don’t know.

“What it will provide is some information on paper and then we’ll be able to compare them to last winter and say we lost ‘X’ amount of dollars.

“The industry can then be transparent.”