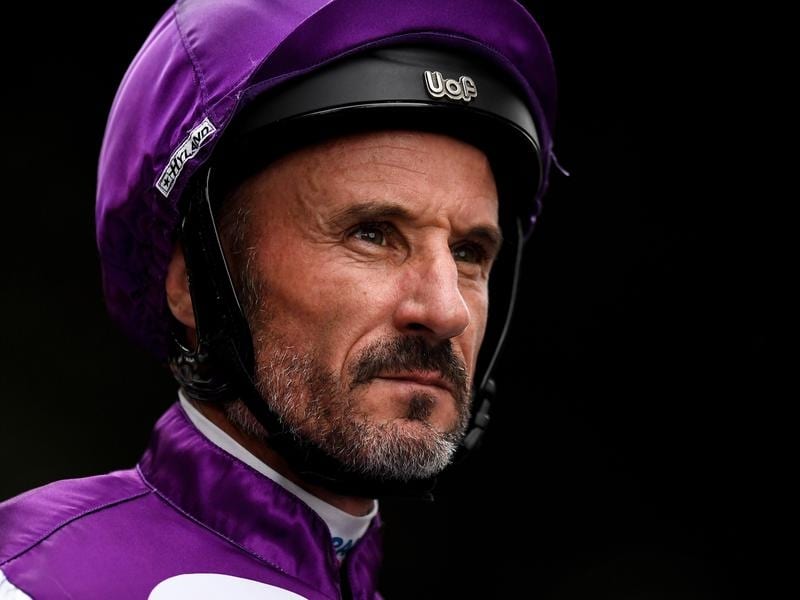 Champion jockey Glen Boss will be back in action at Doomben in Brisbane this weekend.

Boss has had several rides for Sears during the winter and they combined to win the Bruce McLachlan Classic with Raging Pole at the Sunshine Coast last Saturday.

The multiple Group One winning jockey rode Magic Trick for Sears at Ipswich two weeks when the the gelding ran fifth to the smart Jeweliana.

“Glen got off and told me to put Magic Trick in a 1400m race and he would just about win,” Sears said.

Sears has followed the advice and accepted with Magic Trick in the Two Year Old (1350m)at Doomben.

He has a good deal of time for Magic Trick and doesn’t think there is much between him and Raging Pole.

Magic Trick was a Gatton winner two runs back over 1100m but Sears thinks there is better to come over longer trips.

“He is (sire)Top Echelon so he should have no problems with 1350m and if it rains a wet track,” Sears said.

Boss has been commuting between Queensland, and Singapore during the winter carnival.

He indicated his idea of moving back to Queensland at the winter carnival launch in April but the move has gained momentum in recent weeks.

Boss is now managed by Garry Legg and has indicated he is ready for a full time commitment to Queensland.

“Glen will be available for rides on Saturdays in Brisbane from now on,” Legg said.

“He just has to sort some things out in Melbourne before a full time shift. Of course he is still keen to ride at the big carnivals.”

Boss has ridden 82 Group One winners with the most recent on Brutal in this year’s Doncaster.

His best win during the winter was the Tattetsall’s Cup on Vow and Declare.