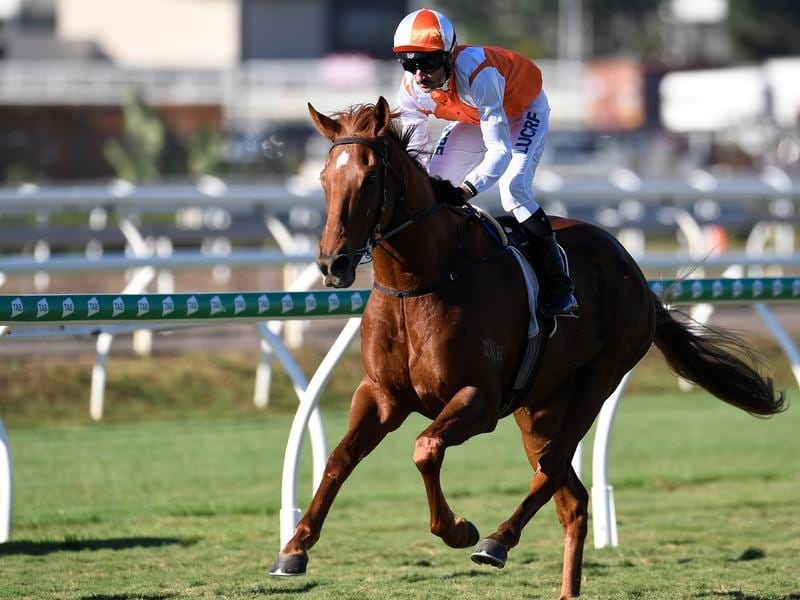 Vow and Declare has been hailed an elite staying prospect after toying with his rivals.

Glen Boss has been lavish in his praise for Vow And Declare after the Danny O’Brien-trained three-year-old’s hollow victory in the Group Three Tattersall’s Cup (3000m) at Eagle Farm.

“He’s got a great set of lungs this horse. After the race I was blowing harder than him,” Boss said.

“It’s hard to know what the ceiling is with these horses.

“Danny’s had a massive wrap on him and when they changed this race from 2200m to 3000m it gave him the opportunity to run in it instead of going to the paddock.

“He’s got plans to run him in the spring and it’s worked out well because if it was 2200m he wouldn’t have run today and we wouldn’t have found out if he can go 3000m.”

Part-owner Geoff Corrigan is living every owner’s dream and hoping Vow And Declare can make the necessary progress to run in the Melbourne Cup.

“We needed to see whether he’s a good stayer because there’s a couple of good 3200m races in the spring,” Corrigan said.

“When he won on Oaks day at Flemington last November Danny’s description of him was ‘this is an elite staying prospect’ and it’s always stayed with me.

“He won over 1800 metres which was an unsuitable trip but he did that on guts then he injured his back a bit which put him out for a while but he’s shown today that he is an elite staying prospect.”