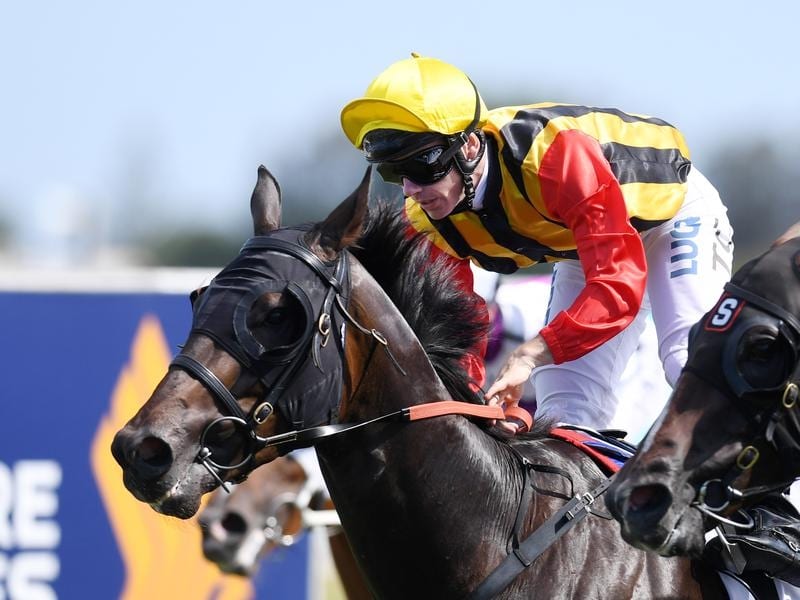 Boomsara takes an outstanding Gold Coast record into the Group Three Guineas at the track.

Three-year-old Boomsara has an outstanding record at the track to bolster his credentials as he takes on a strong field in the Group Three Gold Coast Guineas.

Boomsara, Ef Troop and Zoustyle are the three best male three-year-olds in Queensland and will face off in Saturday’s 1200m-Group Three race.

The Chris Munce-trained Boomsara has shown an affinity for the Gold Coast which can be a tricky course to handle.

He won his first race start in a Gold Coast two-year-old handicap last season and has also won the feature Aquis 2YO Jewel and the Magic Millions Guineas at the course.

His only other run at the Gold Coast resulted in a close second to future Group winner Sesar in the Group Three Ken Russell Memorial.

Boomsara has already won $1.5 million and could easily pass the $2 million mark this winter if he progresses to races such as the Group One Stradbroke Handicap.

“He has been so honest and has already won in Group company in the Vo Rogue Plate last year,” Munce said.

“And he does handle the Gold Coast with two top wins there.”

Munce has ridden Boomsara in some track work and is pleased with the way the horse has come back.

“We have had the Oaks in mind since she raced in the three-year-old stayers series in the summer. But this is her big test,” he said.