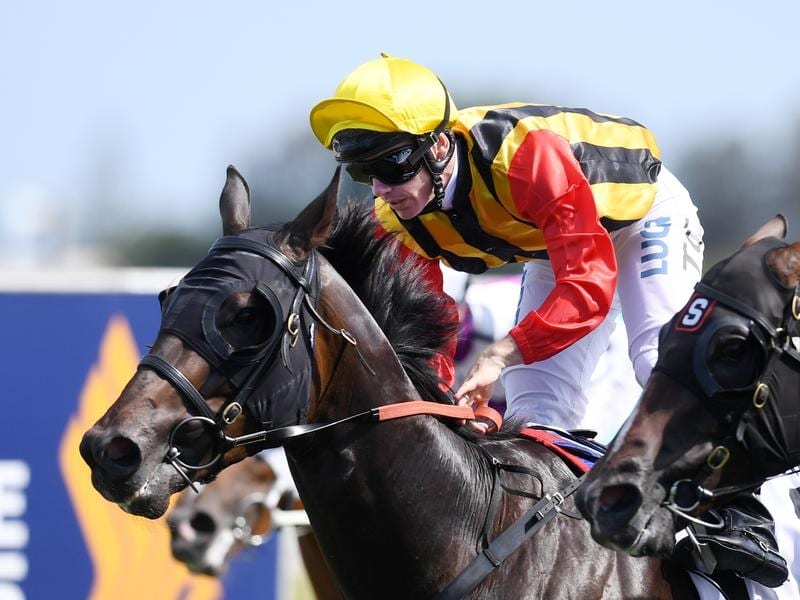 Boomsara has come through his last start well and runs in the Group Three BRC Sprint at Doomben.

Three-year-old Boomsara has come through a forgettable last start in good order but now faces a bad barrier in the Group Three BRC Sprint at Doomben.

Boomsara is rated a genuine hope in the Group One races this winter and was sent out favourite in the Gold Coast Guineas two weeks ago.

After leading to the turn, Boomsara dropped out in a race run in driving rain and on a heavy track.

Trainer Chris Munce thanked jockey Tim Clark for not knocking Boomsara around when it became apparent he could not run a place.

“Tim was kind to him and I am thankful for that. It means he has come through it well and is ready to continue into the winter,” Munce said.

Boomsara has drawn the outside barrier 14 in Saturday’s 1350m-race but Munce does not believe it is a disaster.

“Obviously you want to draw near the inside but he is a horse that has won good races from wide barriers including the (Group Three) Vo Rogue Plate at this distance,” Munce said.

“The only thing worrying me is the weather. We haven’t had much rain but if it does roll in Boomsara won’t run.

“Instead he will go to the Fred Best Classic next week. I would much prefer he ran this Saturday but at least we have a back-up.”

Munce also hopes for a better track for Queensland Oaks-bound filly Ceol Na Mara who runs in the Group Two The Roses on Saturday.

“She failed in the Gold Coast Bracelet but she was in the same boat as Boomsara on the wet track,” he said.